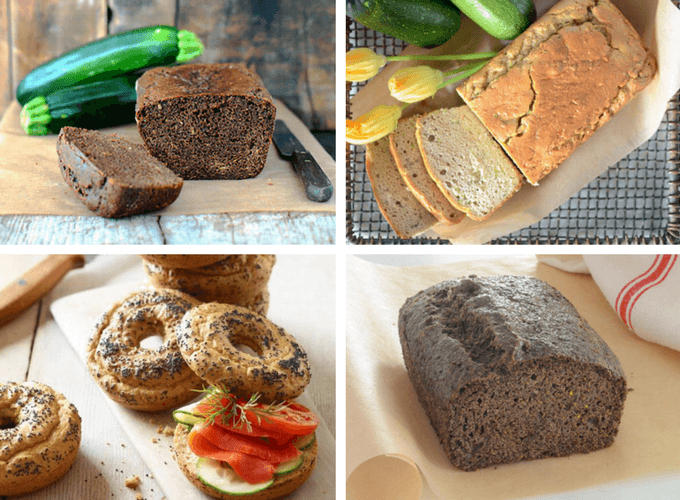 Most of us were raised with bread as a staple. When you were diagnosed with celiac or gluten-intolerance, and found out you were going on the gluten-free diet, what’s the first food you thought about having to give up? Most likely bread.

I went gluten-free in 1998, when I was diagnosed with celiac disease. The gluten-free diet did not get the job done and my gut was still cranky. So, in 2001 I went on the paleo diet. Since then, I’ve been both gluten and grain-free, and written a ton of paleo bread recipes. All of my bread recipes are quick breads, and they’re far more nutritious, low-carb, and easy to make than regular bread. I’ve tested all of these recipes several dozen times to perfect them for you.

Once they’re good to go, the process of making these paleo breads couldn’t be easier. It goes like this. Throw a bunch of ingredients in a food processor, and hit the “on” button to mix up the batter. Then, transfer it to a pan and bake it. The biggest challenge I have making these is to get the oven to heat as quickly as I can get the bread batter ready for it.

To go to the recipe for each of the paleo breads below, click on the green headers. 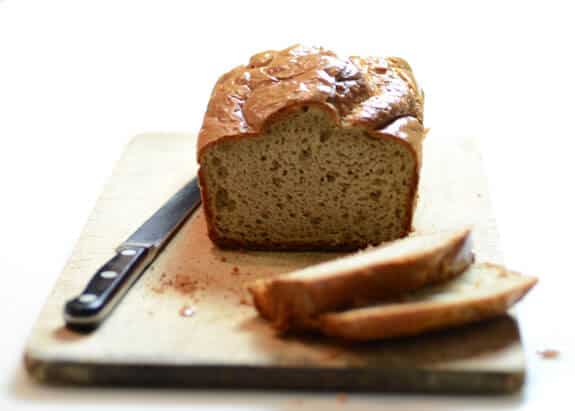 Fans are telling me this is the best cashew butter recipe, bar none, that they've ever tried. I love this 5 Ingredient Cashew Bread because it's delicious, nutritious, and so easy to make. There's no need for special equipment, since it's baked in a regular size loaf pan. This also means that when sliced, this bread is great for making sandwiches. 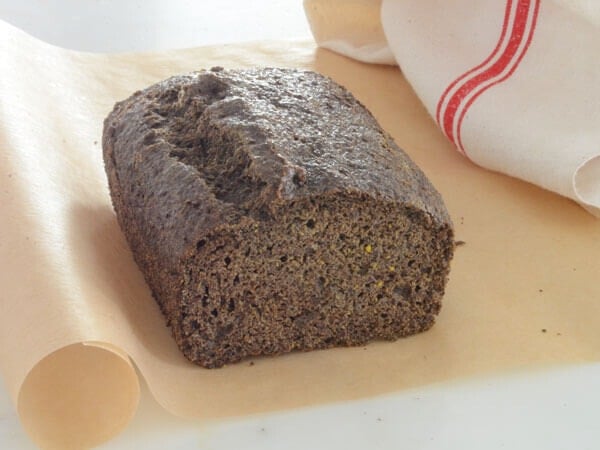 It's so hard to find good nut-free recipes when you're on a paleo diet. So I created this Nut Free Flax Bread for those of you with allergies. This is another easy recipe that is made in a standard size loaf pan. Fans say they like it so much that they have to try not to snack on it all day. They're also saying it's an amazing bread that everyone can eat since it's nut-free, and that it's perfect for those with both gluten and nut allergies!

My low-carb Paleo Pumpkin Bread recipe is made with 8 healthy ingredients, and like all of my breads, it's an easy recipe. Fans say it's, "Literally the BEST pumpkin bread I’ve ever had! Not the best gluten free, the ultimate BEST!"I'm so happy that this is another grain-free bread recipe of mine that you guys love! 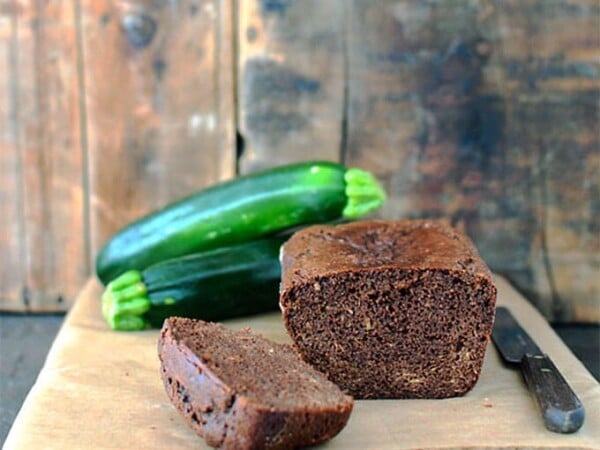 We make this Paleo Chocolate Zucchini Bread recipe all year long. Rich, full of chocolate flavor, and easy to make, fans tell me it's their go-to zucchini bread recipe. They also tell me it's a hit with flour-loving friends who don't follow a special diet, and that it has quickly become part of their family traditions.Made with 9 ingredients, you can whip up Paleo Chocolate Zucchini Bread in a few minutes and turn all of that leftover zucchini in your garden into this magical treat. 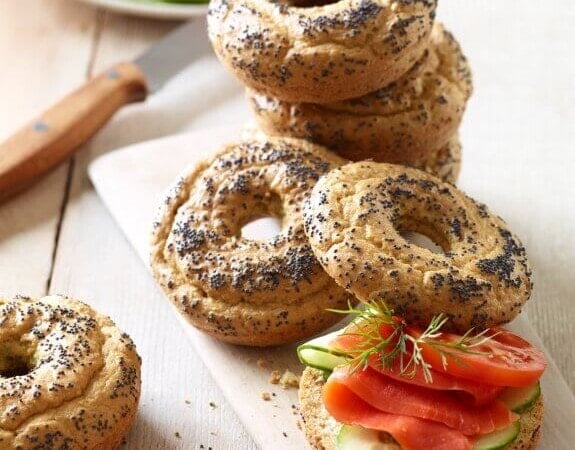 Having lived in New York City for a couple of decades, and enjoyed my fair share of amazing bagels, I was sad when I went gluten-free, thinking I'd miss out on this savory treat. That's not the case anymore since I created this Paleo Bagels recipe.With only 8 ingredients, and no yeast, rising time, or boiling, these quick bread bagels are far easier to make than the "regular" kind. Fans tell me they like to use a variety of different flavorings for them including onion, poppy seeds, and sesame seeds. These gluten-free bagels are great for brunch with smoked salmon or lox, and if you can have dairy, a nice smear of cream cheese.After making this recipe, one fan said, "You’ve given me so much hope to really enjoy my food again." and another stated, "I’m dancing with the angels after my first bite of this glorious bagel!" 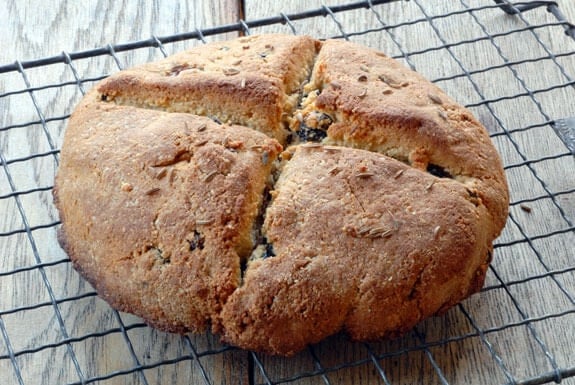 We celebrate St. Patrick's Day with myIrish Soda Bread and Green Eggs for a super charged breakfast. You'll love my green eggs because they are colored with healthy vegetables instead of dye, and still are a bright electric green color!This yummy paleo bread is super easy to make with only 8 ingredients and so good that we make it year round. Fans say my Irish Soda Bread is a scrumptious, rock star recipe that gluten eating spouses love, and best of all they tell me it's even better than the real thing! 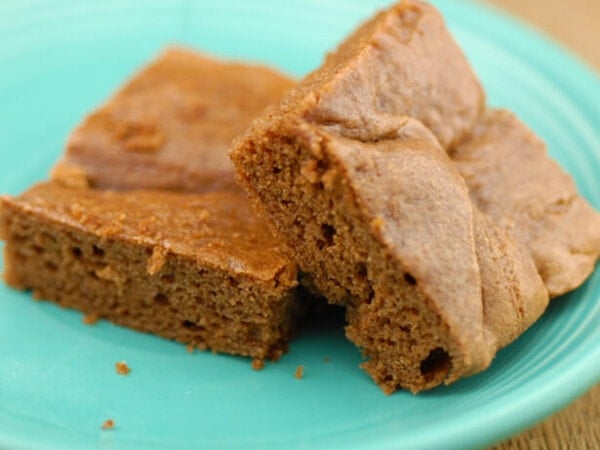 With only 7 ingredients my Paleo Breakfast Bread is another easy fan favorite recipe. This flourless bread uses such simple healthy ingredients, but tastes so outrageously good though that one fan said her husband told her this recipe "is like a magic trick." I've also been told that this is an especially kid-friendly recipe that little ones love!Paleo Breakfast Bread is a cakey style bread, baked in an 8×8-inch dish, that can be served for dessert or with a cup of tea. With only 2 tablespoons of honey to sweeten the entire recipe, this paleo bread is healthy enough to serve your family for breakfast! 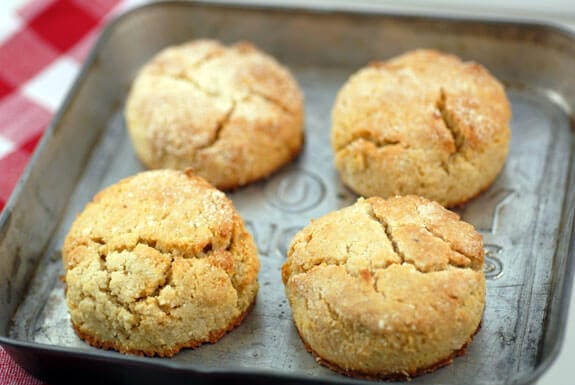 Although this Paleo Biscuits recipe is great for Thanksgiving, we love these year round. At Thanksgiving we smother these in my Paleo Gravy. During the warmer months I serve these gluten-free biscuits with my Coconut Whipped Cream and fresh berries for a wonderful paleo strawberry shortcake.Fans say they love serving this easy biscuit recipe with eggs for breakfast. One reader told me her husband said Paleo Biscuits are better than the real thing! Made with only 6 ingredients, they're far easier to make than other biscuit recipes, paleo or not! 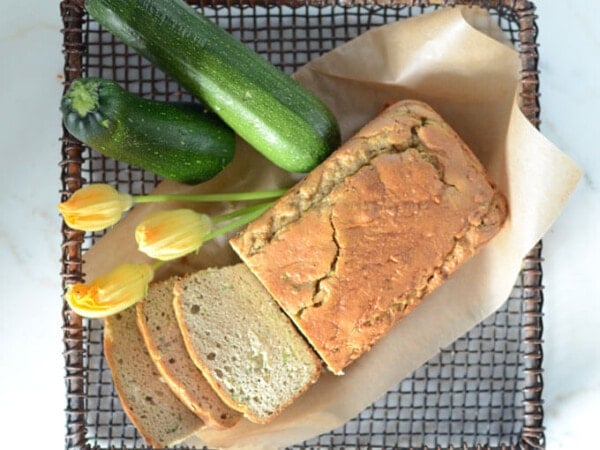 My Low Carb Zucchini Bread is another simple paleo recipe that you can throw together easily. One fan said, I "love this recipe because it is DELICIOUS. But, it was so simple to make. I’ve said it before, but I have to say it again. I love the simplicity of your recipes"When I make this easy bread recipe, I weigh the zucchini and then use the food processor's grater attachment to grate the zucchini right onto the batter, which is another time saving step! While this recipe is perfect for the end of summer when your garden is overflowing with zucchini, we also love to make this over the holidays to give to friends. 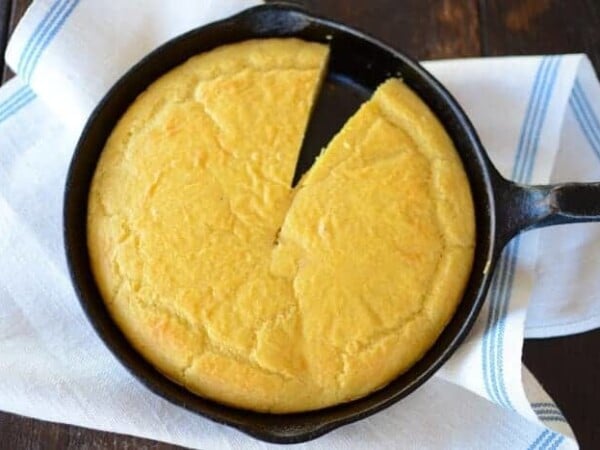 My Low-Carb Cornbread recipe is made with 6 ingredients in a round cast-iron skillet. Although it tastes like cornbread, there isn't a speck of corn in this bread. As I mentioned, I've been on a grain-free diet since 2001 and corn is not on the menu for me. We serve Cornbread at Thanksgiving each year, and throughout the year. Adults and children alike give this low-carb bread recipe a thumbs up!

So there you have it. The 10 Best Paleo Bread Recipes. The most viewed this year, these grain-free bread recipes were your favorites!

Finally, here’s a couple of tips for making my paleo bread recipes. Use the recommended ingredients, i.e., when the recipe calls for almond flour, don’t use almond meal, as it won’t work in the recipe and the results will be poor. In addition, use the recommended brands of ingredients. You can find those be clicking on the green text in the ingredients portion of each recipe. Additionally, use the specific pan sized called for in each of these recipes. If the pan you use is bigger than the pan I recommend, your bread will be flat.

You may want to check out my Almond Flour page for tips on baking with almond flour and to check out some additional brands that I use. If you are nut-free, you’ll find my book, Paleo Cooking, very helpful. More than half of the recipes in this New York Times Bestselling cookbook are nut-free, and it has easy recipes for Nut-Free Crackers, Nut-Free Bread and more!