Homemade Cinnamon Coffee Cake is one of my favorite comfort foods.

Growing up my parents bought a tasty frozen coffee cake at the grocery store as a special breakfast dessert treat. This is my healthy copycat version!

How to Make Cake with Almond Flour

If you’re wondering how to make cake with almond flour my healthy homemade coffee cake is the answer. This easy cake recipe is made with only six ingredients:

You can throw this easy coffee cake recipe together in no time flat. The cinnamon topping has three additional ingredients –coconut sugar, cinnamon, and sliced almonds.

As an aside, I love cake with almond flour because it’s the perfect low carb, rich base for gluten free cakes.

Like the one we used to buy, this almond flour cake recipe is moist and has a sweet cinnamon streusel topping.

Cinnamon Coffee Cake is absolutely perfect with a cup of my Dandelion Coffee on a lazy weekend morning.

Homemade Cinnamon Coffee Cake is also a great cake recipe for Easter, Christmas, and birthdays. The list goes on and on! 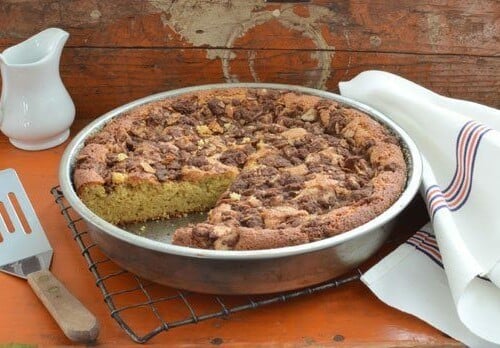 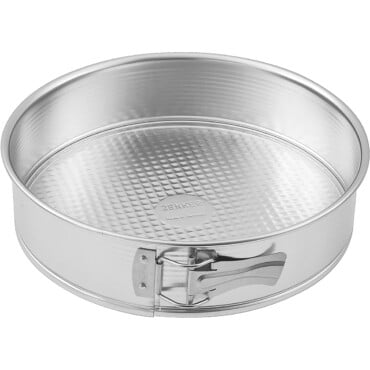 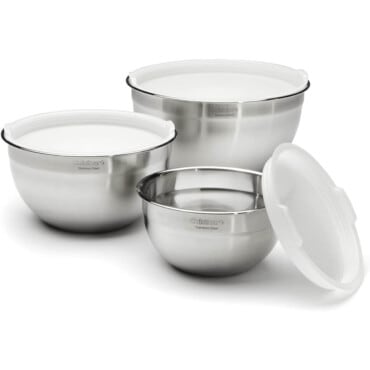 My easy cake recipe is also one of the best low carb almond flour recipes for Mother’s Day brunch –it’s a great gift for mom. I love it when the boys make me healthy almond flour cakes!

This Cinnamon Coffee Cake with almond flour is also Kosher for Passover because like all of my recipes, it doesn’t contain chametz.

I created this Cinnamon Coffee Cake recipe by adapting it from one pioneered in my first book, The Gluten-Free Almond Flour Cookbook, which I wrote back in 2008.

The Best Coffee Cake Recipe – But Where’s The Coffee?

American coffee cake is a tender cake with a rich topping baked into it. This type of coffee cake rarely, if ever, contains coffee.

It’s called coffee cake because it’s typically served at breakfast, or in the afternoon, along with coffee.

This Cinnamon Coffee Cake recipe is so versatile you can use it for breakfast, brunch, lunch, or dinner.

So many uses for one phenomenal recipe have made it super popular –it’s been shared on social media over forty thousand times!

Here are a couple other easy recipes for dessert:

Breakfast Ideas That Are Easy

In need of breakfast recipes that are easy, healthy, and delicious? Below are some of my favorites that are also great for brunch, lunch, or dinner.

My Fruit Salad recipe is one of those super simple crowd pleasers. It’s a recipe for fruit salad that everyone loves! 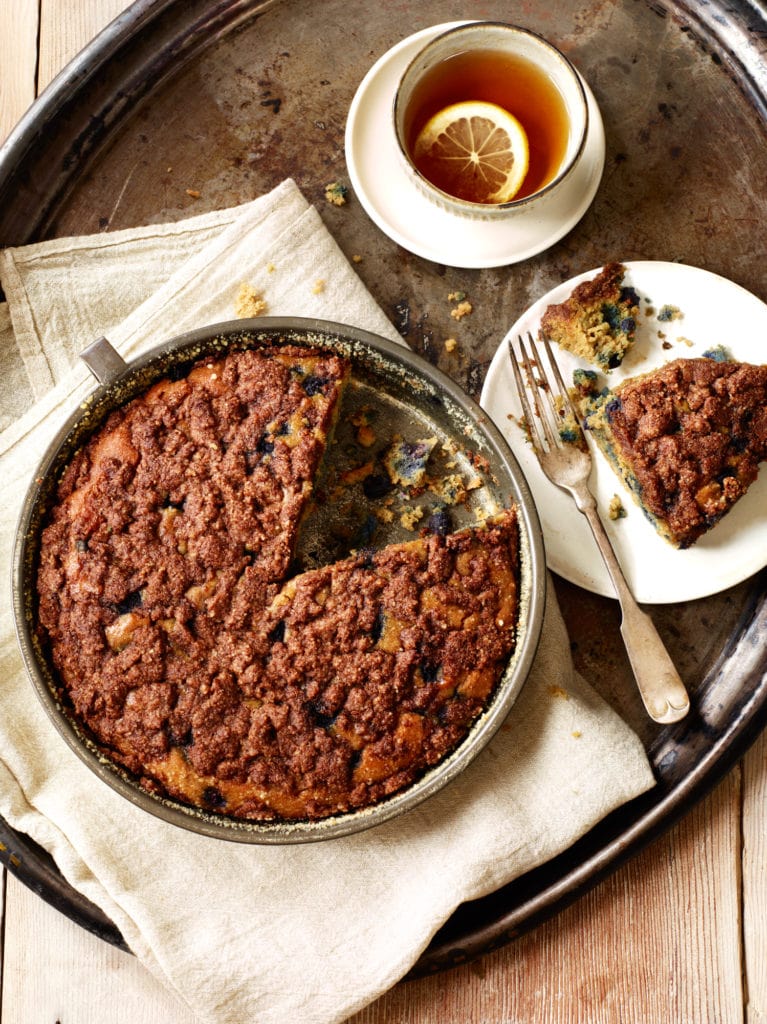 Since we’re all about simple cake recipes, I wanted to share the Blueberry Coffee Cake recipe from my third book Paleo Cooking from Elana’s Pantry.

Like my Cinnamon Coffee Cake recipe from scratch, it’s a fan favorite.

Cinnamon is one of my favorite super spices because it helps regulate blood sugar. My Easy Apple Cake recipe contains cinnamon, making it not just easy and delicious, but healthier too.

Made with an almond butter base, this is a great cake recipe for Easter, Passover, Rosh Hashanah, and more casual get togethers.

My recipe for Homemade Whipped Cream is the delicious topping you see in the photo above. 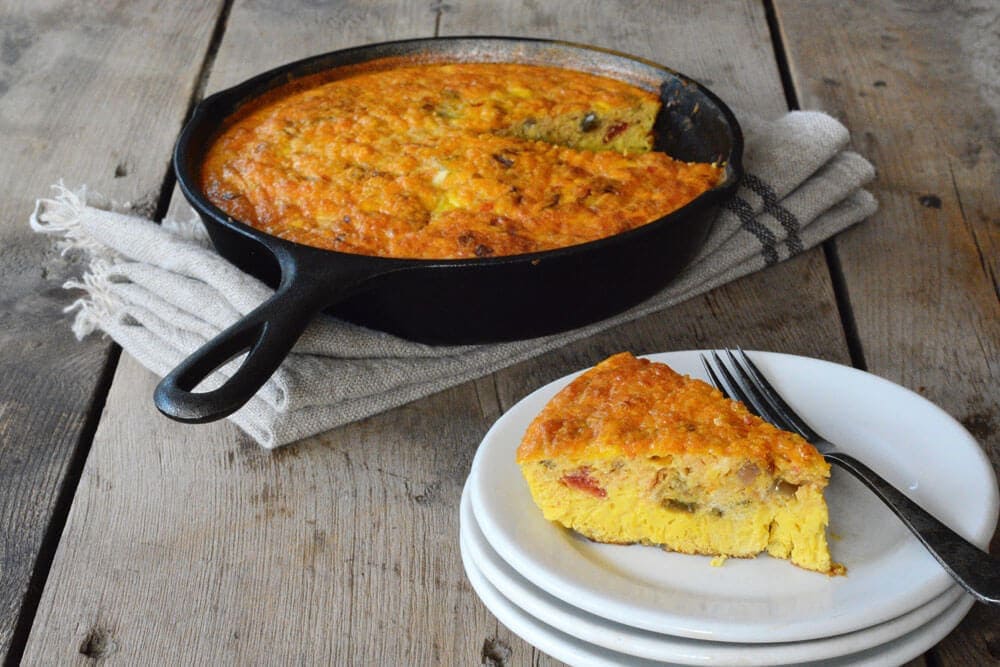 The Best Breakfast with Eggs Ideas: Recipe for Huevos Rancheros

My Huevos Rancheros recipe is a family favorite breakfast recipe in this house! 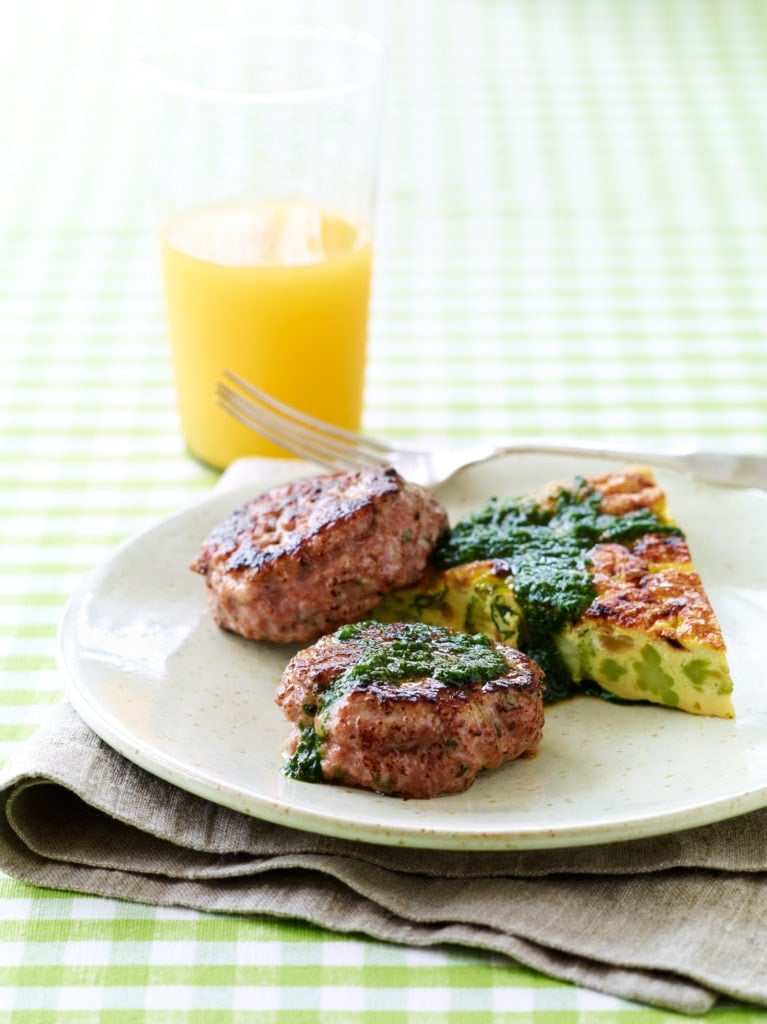 Above is one of my favorite breakfast ideas with eggs from Paleo Cooking from Elana’s Pantry.

This Frittata recipe pairs perfectly with my Breakfast Sausage and Salsa Verde recipes, also found in the book.

My favorite breakfast that’s vegan? Pumpkin Cranberry Granola. Here are a couple of others:

I hope you love these healthy brunch and breakfast ideas as much as we do!

I’ve included dishes like my fruit salad recipe, breakfast sausage recipe, and more, to set you up with some super easy healthy recipes to make over the holidays and anytime!

This post is an oldie but goodie from the archives. I first shared this Cinnamon Coffee Cake recipe in March 2015.