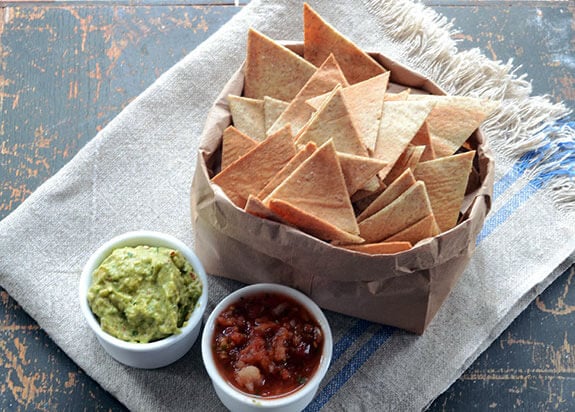 Paleo Tortilla Chips made with almond flour are easy to make and perfect with homemade guacamole. I like to serve this classic, yet healthy combo when we watch football or have barbecues. These paleo chips will make an appearance with other healthy Super Bowl snacks at our get together this weekend.

Made with only four ingredients –almond flour, golden flaxmeal, egg whites, and salt, you can whip up these chips in a jiffy. Now you have a gluten-free, grain-free, corn-free tortilla chip to dip in all of your favorite salsas and spreads. 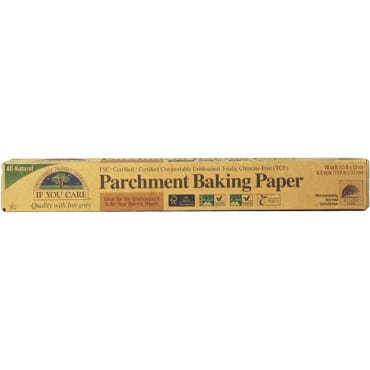 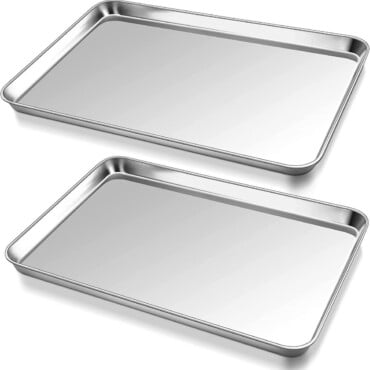 I decided to use the egg white (rather than the whole egg) for these homemade tortilla chips when I saw several recipes online that did so. I believe that this fantastic idea originates from a recipe on Paleo Grubs. Omitting the yolk seems to add a light crispiness to these chips.

I use golden flaxmeal in my Paleo Tortilla Chip recipe as it adds a nutty, almost corn-like flavor and texture. Basically, this recipe is based on my original cracker recipe, without the egg yolk, and with the addition of flax. I developed that recipe in 2007, and have several others in a variety of flavors that you can find in The Gluten-Free Almond Flour Cookbook. If you’re looking for an egg-free snack with crunch to dunk in your favorite dips, check out my Vegan Herb Crackers –the binder for those crackers is simply olive oil and water.

Next up I’m going to make a spicy low-carb Dorito from these paleo chips! Stay tuned for that recipe. Below are some healthy gluten-free dips and spreads that I like to serve with these delicious grain-free chips: