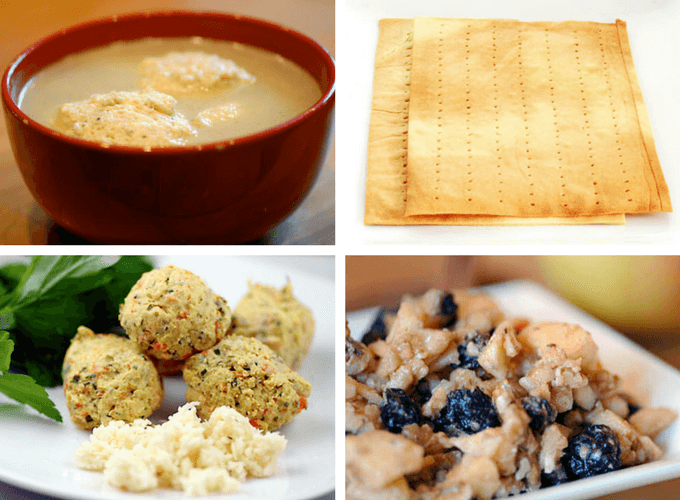 Everything in my books and on this website are grain-free recipes. Additionally, I don’t eat corn or potatoes, so all of my recipes are low-carb as well as corn-free and potato-free.

I have decades of experience preparing grain-free and paleo Passover recipes. Since the requests are coming in a mile a minute, I’m sharing my gluten-free paleo Seder menu here. My Passover recipes will take your gluten-free Seder to the next level of healthiness!

I hope this menu will make the combination of being Jewish and following a low-carb, gluten-free or grain-free diet much easier. I hope you love these tried and true low-carb Passover recipes as much as we do! Highlights include grain-free classics such as my Grain-Free Matzo and Paleo Matzo Ball Soup.

If you’re not familiar with preparing a gluten-free Seder, take a look at my Favorite Passover Ingredients post to get started!

What’s Your Favorite Part of Passover?

Do you love Passover as much as I do? What’s your favorite thing about Pesach? Leave a comment and let me know!

This Paleo Passover Menu is an oldie but goodie from the archives, I first published it in 2012.