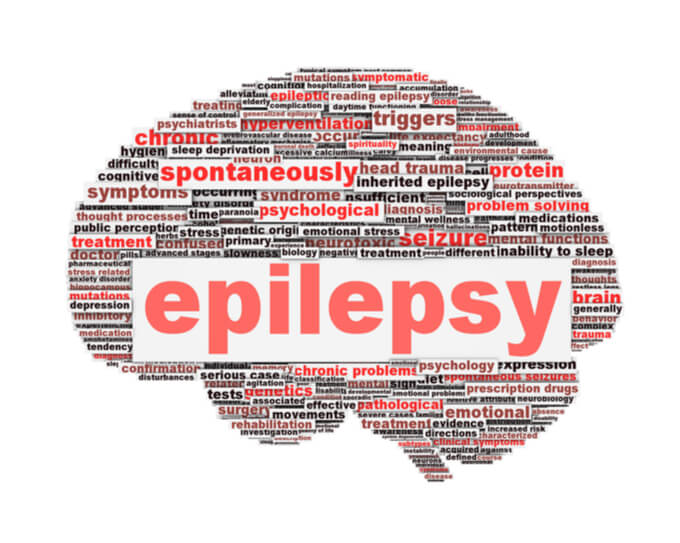 Recently I’ve become interested in Alternative Treatments for Epilepsy. Why? When I was diagnosed with multiple sclerosis in 2006, I made it my mission to research every neurological disorder under the sun. This investigation helps me to better understand the brain and its path back to health.

Like multiple sclerosis and celiac disease, the term “epilepsy” is a garbage can diagnosis for a condition the medical field cannot pinpoint. The term “epilepsy” simply refers to seizures, and a patient is diagnosed with the condition if they have two or more.

Who Suffers from Epilepsy

Four percent of people in the US suffer from this chronic disorder of the brain at some point in their lives. Incidence is highest among the very young and the very old. After migraine, stroke, and Alzheimer’s disease, epilepsy is the fourth most common neurological disorder in the US.1

The success of medications in treating seizure disorders is compelling. While 60% of epilepsy cases are controlled with the administration of 1-2 anti-seizure medications, the remaining 40% of patients who suffer from drug-refractory epilepsy are not as lucky. Of this cohort, only 4% become seizure-free with the continued application of drugs.2

When pharmacological therapies work in treating epilepsy it’s fantastic. However, many children are put on drug after drug until they become zombies. Worse yet is when seizures continue after the child is medicated into a depressive state. Thankfully, a number of alternative treatments are successful for those with drug-refractory epilepsy. They range from diet to supplementation of seizure calming nutrients such as magnesium, and much more.

The Ketogenic Diet is one of the top alternative treatments for epilepsy. It is a high-fat low-carb diet that reduces inflammation in the brain. According to Dr. Dominic D’Agostino:

What the Ketogenic Diet does in a very elegant way is it helps to restore the natural metabolic state of the brain and the neuro-pharmacology of the brain. Ketones have a profound anti-convulsant effect.

My friends at the Charlie Foundation were kind enough to provide me with this video on treating drug-refractory epilepsy with the Ketogenic Diet.

Physicians everywhere from Johns Hopkins to the Mayo Clinic recommend the Keto Diet for the treatment of drug-refractory epilepsy. Many even find the Keto Diet is a fantastic first line of treatment. If you’re looking for low-carb high-fat recipes check out my Keto Diet page.

When on book tour I’ve met families who have used CBD oil as a natural treatment for epilepsy for their children. In fact, a number of families have moved to Colorado so their children could get CBD oil called Charlotte’s Web. If you are one of those families please leave a comment below sharing your experience!

Magnesium therapy can reduce muscle and nerve spasticity. It also calms down the brain and reduces pain perception. I’ve personally had great success with high dose magnesium and have seen anecdotal evidence that it may be used to treat epilepsy as well. A group of scientists now hypothesize that magnesium supplementation can reduce seizures in people with epilepsy.

Studies suggest that the modern Western diet may lead to magnesium deficiency. Magnesium is a potential modulator of seizure activity because of its ability to antagonize excitation through the N-methyl-d-aspartate receptor. Some studies have shown that people with epilepsy have lower magnesium levels than people without epilepsy. There are case reports of seizures being controlled with magnesium supplementation in people with specific conditions.3

The rise in seizure disorders during the same period as the increased use of wireless technology merits analysis. There are studies indicating that microwave radiation can interfere with brain signaling4 and excitability and increase seizures.5 I know people who notice increased neurological symptoms in high radio-frequency radiation (RFR) environments such as an airport or subway car.

Anecdotal experiences of individuals with epilepsy also offers support for this theory.6 I experienced severe neurological symptoms living in a smart house filled with RFR which I discuss in The Green House that Almost Killed Me. To deal with this issue in your home environment, read Simple Steps to Reduce EMFs.

Lack of Research Into Alternative Treatments for Epilepsy

Unlike pharmaceuticals, there are no economic drivers for the majority of alternative treatments for epilepsy. This means that clinicians in the medical world are not kept-up-to-date on alternative therapies. But if we look at the brain as a car and look at seizures as excitability of the brain, or the gas pedal of the car, we see that calming the brain down and turning on the brakes is common sense in epilepsy treatment. That’s a feature of each of the alternative treatments I mention, whether the Keto Diet, magnesium, CBD oil, HBOT, or the elimination of EMFs.

Your Tips for Epilepsy Treatment

Please leave a comment and let us know which alternative treatments have worked if you have a child or loved one with epilepsy or a seizure disorder.