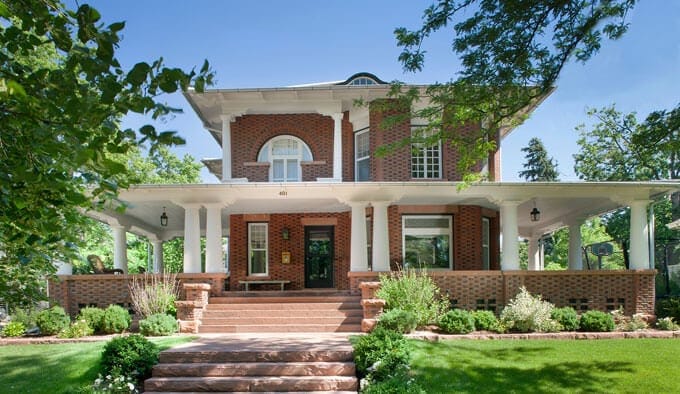 If you’ve been following my health story here you know that I was diagnosed with multiple sclerosis in 2006. After that initial MS attack I was fairly symptom free until 2014. That’s when things began to get weird.

We had renovated a 100 year old house in historic Mapleton Hill and moved in during the summer of 2014. I believed we had done a totally green renovation. That’s because I knew nothing about wireless technology. Every single thing in the house from lighting to thermostats to the sound system and more was wireless and ran on electromagnetic radiation. It was the equivalent of living with 300 cell phones in my home buzzing constantly.

For someone with the MTHFR genetic mutation, it was too much. By the spring of 2015, less than two years after we moved in, I was in the hospital with the worst MS symptoms of my life, completely numb from the neck down, along with an array of other concerning issues.

I began doing hyperbaric oxygen therapy and getting weekly IV nutrients. I was stabilizing and not getting worse, but I was not fully recovering which was odd. Things were stagnant in spite of my complete focus and dedication. I had never experienced that before.

Fast forward to the fall of 2016. I knew something was seriously wrong. Before moving into the house, I had lived the full and healthy life of a New York Times best selling author, writing a book for Random House every two years, going on book tours, doing TV and radio, all while posting on my blog a few times each week. I had attended the boys’ sporting and school events regularly. Now I went to doctors and treatments and wrote on the blog every couple of weeks if I was lucky. I watched my life pass me by, missing family events and vacations.

When the fall of 2016 rolled around I had a lucky break. Our HVAC vendor walked in one day and said, the house has too many electrical systems in it and everything is shorting out! And so I began my research. I learned about building biology and electromagnetic fields (EMFs). I discovered the effects EMFs can have on people like me. I found out what had made me so sick, and prevented me from getting well in spite of my best efforts.

I don’t want you and your family to go through the pain and heartache that we’ve suffered. I’ve lost years of my life so that we could have silly smart systems like lights and thermostats that operated remotely.

Living in a home filled with wireless radiation severely exacerbated the multiple sclerosis I had been diagnosed with in 2006. If you have a neurological condition such as MS, autism, Alzheimer’s, or Parkinson’s, or an illness such as cancer or Lyme disease, you are far more vulnerable to the effects of electromagnetic radiation (EMR) and may need to take the extra precautions that I outline in my post called Simple Steps to Reduce EMFs.

Little by little I’m getting well. It took over a year to get sick so I anticipate I’ll need at least that long to get healthy again. I’m sticking to my program of sleeping as much as I can, eating a low-carb diet, and exercising moderately. The body can heal itself, and now that mine is in a healing environment the sky is the limit!