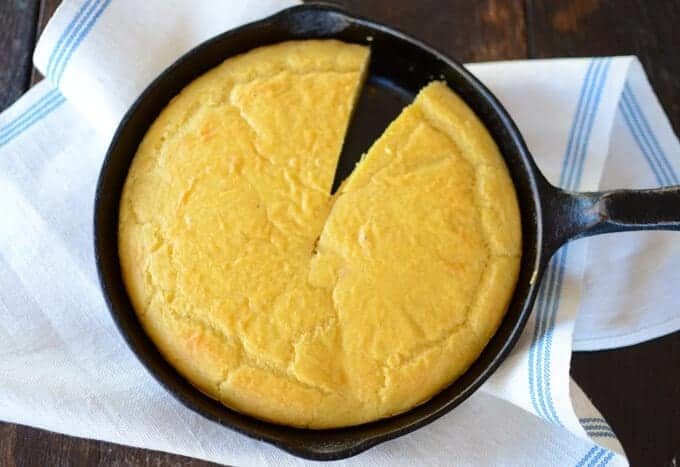 My Recipe for Gluten Free Cornbread Skillet is a family and fan-favorite –it’s been shared on social media over forty-thousand times!

I’ve been serving this low-carb cornbread recipe at our Thanksgiving dinner for years and it’s quite a hit.

It’s so good though, that the boys enjoy it year-round.

When I serve it to them, I melt butter and honey together and drizzle it over the warm cornbread straight out of the oven.

Back then we used a mix, and smothered our cornbread in margarine. It was packed with sugar and one of my favorite treats.

And the secret is out –there’s no corn in my cornbread. Why? I can’t digest corn.

My corn free cornbread is a bit of an oxymoron, but once you taste it, you won’t know the difference!

How to Make a Cornbread

This recipe for Gluten Free Cornbread Skillet is made with six ingredients total.

All you need to do is throw the almond flour, flaxmeal, salt, and baking soda in a food processor, then pulse in the eggs and apple cider vinegar.

Transfer the batter to a greased cast iron skillet pan to bake and voilá.

Warm keto cornbread straight out of the oven.

How to Make Cornbread Homemade

This homemade corn bread recipe is so dang easy it won’t bog you down when you’re cooking Thanksgiving dinner.

It’s also wonderful to throw in the oven as an after school snack for your little ones on a chilly day. 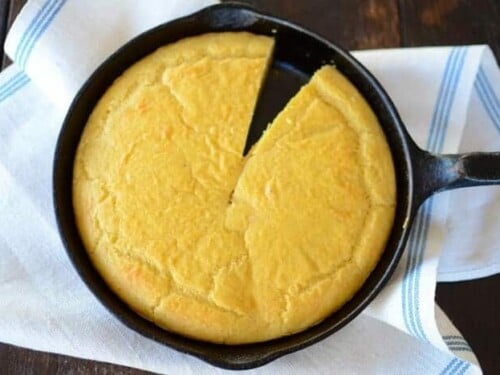 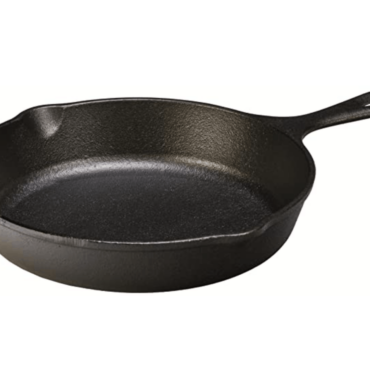 How to Store Cornbread

I often make this Gluten Free Cornbread Skillet a day ahead of time.

After it bakes, I let it cool, then remove from the skillet.

To store, I wrap the cornbread in a paper towel, then zip it into a plastic bag and place it in the fridge.

It will keep for up to four days when stored this way.

The almond flour in this cornbread gives it an incredible flavor profile.

It makes me so happy to eat healthy keto cornbread and serve it to my family!

Wondering if cornbread is gluten free?

Made without wheat flour, my cornbread is 100% gluten free.

Cornbread goes with so many delicious toppings.

We love it with my Gravy Recipe for Biscuits, or dipped in my incredible 3-Ingredient Cranberry Cherry Relish.

Here are some other classics you can try smothering it in:

If you’d like cornbread that’s sweet, but still keto, you can add one-eighth teaspoon of stevia to the batter.

I’ve made it that way and it’s fantastic.

I think it would also be amazing with a tablespoon or two of honey added to the recipe, but I haven’t tried that so not sure if other ingredients need to be adjusted accordingly.

This is a fantastic gluten free cornbread recipe.

Baking it in the cast iron skillet and serving it hot table side really takes it to the next level.

Bonus? Fewer dishes to clean equals a win-win for me.

I love cooking in a cast iron skillet, it makes everything look and taste better!

So below, I’m sharing my favorite one pot meal, cast iron skillet recipes with you. 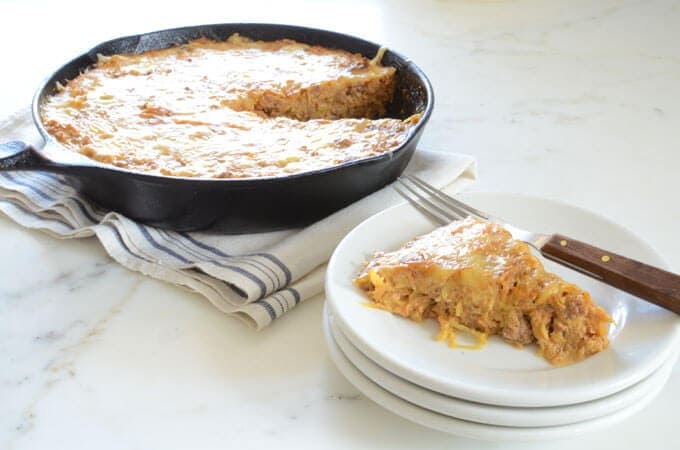 It’s made with nine ingredients total, including the salt and pepper.

The only other things you need to make this are ground beef, eggs, a touch of cream, cheese, and smoked paprika.. 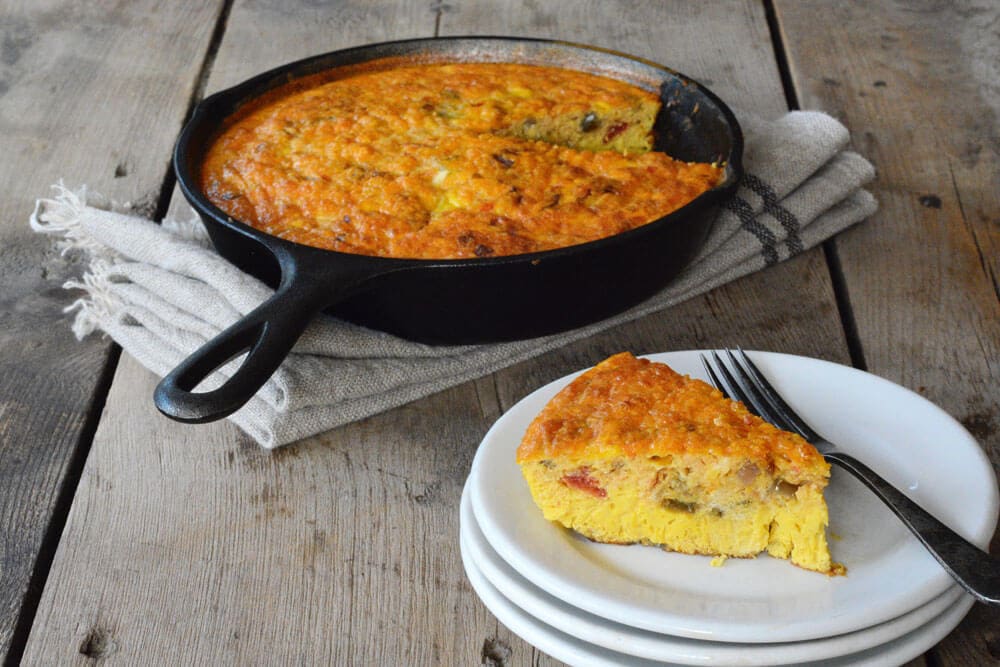 It’s a great one pot meal for a crowd. 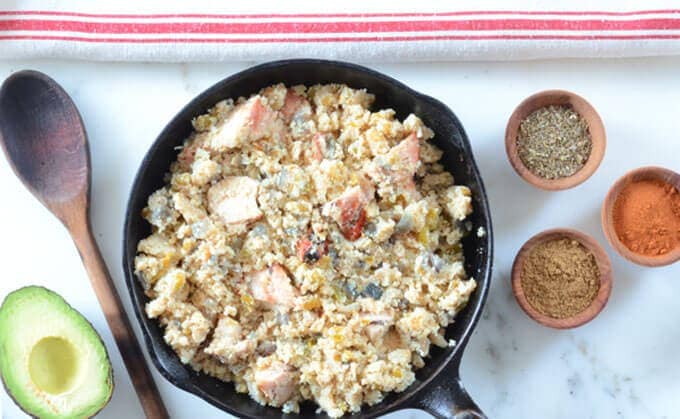 Another wonderful one pot meal, my Mexican Chicken and Rice is made with eight ingredients and a cinch to prepare.

Feel free to take it up and notch and top with diced avocados and cheese!

My Recipe for Gluten Free Skillet Cornbread is perfect if you’re in need of  Keto Diet Healthy Recipes.

So are the keto one pot meals above.

All of these low carb recipes are 100% gluten free and grain free, just like everything else on my website!

I hope you and your family enjoy making cornbread as much as we do.

What are you going to top your cornbread with?

This Recipe for Gluten Free Skillet Cornbread is an oldie but goodie from the archives. I first shared it in 2016.