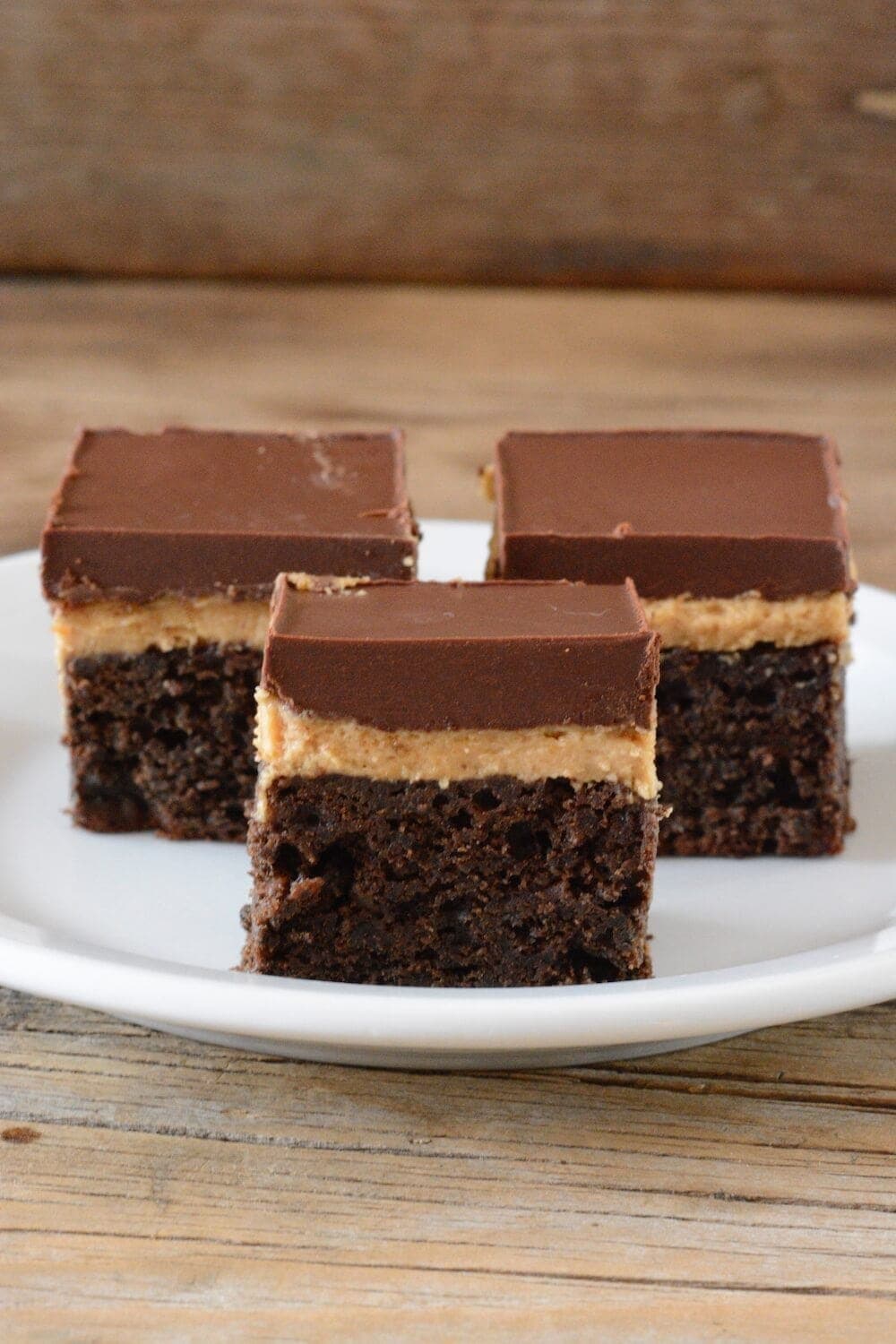 My husband, Mr. Pantry, says peanut butter and chocolate are a match made in heaven. He swears by these Low-Carb Peanut Butter Brownies, calling them the ultimate dessert, though he’s been known to eat them for breakfast. That’s fine given that this is a healthy brownie made with numerous super foods to fuel you throughout the day.

Looking for a classic low-carb dessert recipe that everybody loves? My Buckeye Peanut Butter Brownies will do the trick. This showstopping brownie recipe looks complicated, but those of you who’ve followed me for a while know that I wouldn’t ever give you anything but the easiest of recipes. Right?!

These amazing grain-free dark chocolate brownies are covered in a thick layer of peanut butter fluff, then topped with rich chocolate ganache. Is your mouth watering yet? The base of my Low-Carb Buckeye Brownies is my fan favorite almond flour Paleo Brownie recipe, sweetened with dates.

Can I Use Sunbutter Instead of Peanut Butter?

If you have a peanut allergy you may be wondering, can I make Buckeye Brownies with sunbutter instead of peanut butter? I haven’t tried that in this recipe, so I can’t be certain, but I’m guessing it will work. If you do experiment, leave a comment with your results. 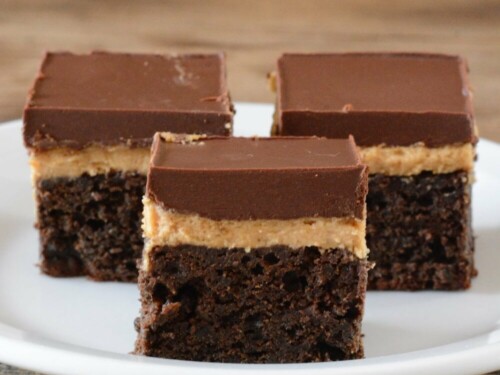 What Is A Buckeye?

Anyone who loves the combination of peanut butter and chocolate, needs to know the answer to one question. What is a buckeye? That’s a simple story my friends, and it involves the state of Ohio. Buckeyes come from the buckeye tree, the official state tree of Ohio, also referred to as the horse chestnut tree. A buckeye is a small, shiny dark brown nut with a light tan patch at the top. What does this have to do with low-carb brownies, you may ask.

Well, the buckeye resembles a chestnut, and is the inspiration for a type of candy that is basically a ball of peanut butter fudge dipped in chocolate. See? we’re getting there! I’ve taken the concept of buckeye candy and turned it into a brownie for you. Maybe I’ll make a low-carb buckeye candy for you next. Would you like that? If so, leave a comment below!

What Are Buckeye Brownies?

Full disclosure, dear reader, I am not the first to create buckeye brownies, nor I suspect, will I be the last. I may be the first to create a gluten-free, grain-free, dairy-free, low-carb Buckeye Brownie, though truth be told, there are millions of recipes on the internet, so I cannot make this claim with any certitude. I would guess this would be the easiest Buckeye Brownie recipe you’ll find, because I’ve been food blogging for quite a long time, since 2006 in fact, and have a knack for writing the easiest recipes in the world. At least that’s what I’m told.

Now it’s your turn! What’s your favorite chocolate peanut butter dessert? Leave a comment and let me know and I just might turn it into your favorite new low-carb classic.