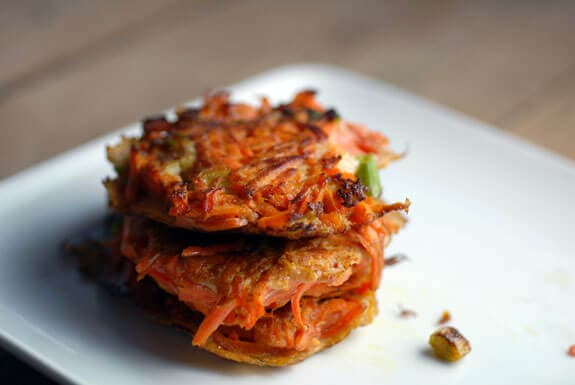 116
Affiliate Links
We celebrate Hanukkah during the darkest time of year. The Festival of Lights commemorates the miracle of the menorah oil that took place in the Jewish Temple long ago. To honor this divine intervention, we light the menorah and cook food in oil for eight days. Fried latkes are part of the Hanukkah celebration for Ashkenazi Jews and these Carrot Scallion Latkes are a wonderful update on that tradition.