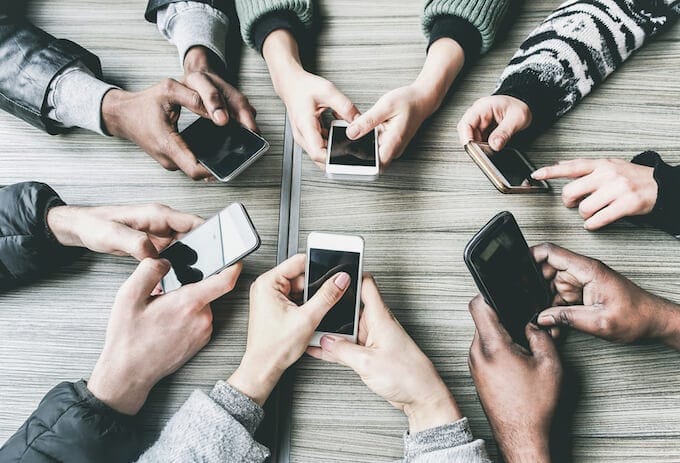 Are Cell Phones Dangerous? Or, more to the point, is the radiation emitted from a cell phone a hazard to your health and well being? Last fall I didn’t know much, if anything, about the risks of cell phones and wireless devices.

Since then I’ve spent hundreds of hours researching the effects of the radio frequency radiation that our smart devices emit. The results of my inquiry are somewhat frightening. Why? Because a growing body of evidence shows that wireless radiation, even at low levels, can be harmful to our health in many ways.

Do Cell Phones Cause Brain Cancer?

Cell phones are listed as a Class 2B carcinogen by the World Health Organization (WHO). This category is defined as “possibly carcinogenic to humans,” putting cell phones and other smart devices in the same category as lead, DDT, and jet fuel.1

Researchers at the National Toxicology Program (NTP), part of the National Institutes of Health (NIH), conducted a study exposing rodents to radio-frequency radiation levels emulating those that humans experience with heavy cell phone use. The findings concluded that such exposure is associated with the formation of cancer in the brains of rats.4

In 2008, Dr. Ronald Herberman, an oncologist, as well as Founder and Director of the University of Pittsburgh Cancer Institute (UPCI), a National Cancer Institute (NCI) designated Comprehensive Care Center, issued a memo stating:5

Recently I have become aware of the growing body of literature linking long-term cell phone use to possible adverse health effects including cancer. Although the evidence is still controversial, I am convinced that there are sufficient data to warrant issuing an advisory to share some precautionary advice on cell phone use.

Dr. Herberman recommended that children should not be “allowed to use cell phones other than for emergencies,” and also warned, “Avoid using your cell phone in places like a bus where you can expose others to your phone’s EMFs.” He further stated that people should, “Avoid carrying your cell phone on your body at all times.”

Did you know that the telecommunications lobby spends more than $87 million per year convincing our elected officials that cell phones are safe?6

The telecommunications industry is fighting an ordinance in Berkeley, California requiring cell phone retailers to post warnings for customers regarding the radiation exposure from mobile devices.7 These warnings are found in fine print, buried deep in cell phone user manuals. Lobbyists claim that posting these warnings will cause undue panic.8 For the iPhone this reads:

To be sure that human exposure to RF energy does not exceed FCC, IC, and EU guidelines always follow these instructions and precautions. When using iPhone near your body for voice calls or wireless data transmission over a cellular network, keep iPhone at least 5/8 inch away from the body.9

In 1977, Berkeley became the first American city to ban smoking in restaurants. Who have the cell phone companies enlisted to fight this battle? The same lawyer that defended Big Tobacco for decades.

Other Sources of Wireless Radiation

In addition to cell phones, there are many other sources of wireless radiation including:

My Personal Experience with Wireless Radiation

I was diagnosed with multiple sclerosis in 2006. After that initial MS attack, I was highly functional until 2014. That was around one year after we moved into our new house.

I was involved in every aspect of building the house, other than the electronics. Our contractor recommended a smart house. I did not research the implications, let alone the potential impacts that hundreds of wireless access points in one’s living space could have.

As time passed in our new home I became sicker. I also spent more time at home, which I later learned made me even sicker. Finally, I hired two building biologists (Riun Ashlie and Risa Suzuki) to investigate the complex systems we installed. What did we find? Something rather frightening.

Smart meters contain a device that communicates wirelessly using radio frequency radiation. This is called a zigbee chip. We had more than 200 zigbee chips in our new home and it’s taken months to remove all of the smart technology. If you look at the list above, we had a large portion of the devices on it.

We removed the last smart technology from our house in February. For three and a half years I lived in a home that contained radio frequency radiation levels well over 1,000 times those recommended by the Building Biology Association. It’s now been eight weeks since we removed the last of the smart lighting system and other devices.

I’m starting to feel better, but I know it may take more than a few weeks to get well after sleeping with 3 zigbee chips within a meter of my head as well as all around my living space. I’ll keep you posted on my progress and will continue to discuss the health ramifications of wireless technology and the radio frequency radiation that accompanies it.

For more information on steps you can take to reduce your exposure to radio frequency radiation see: