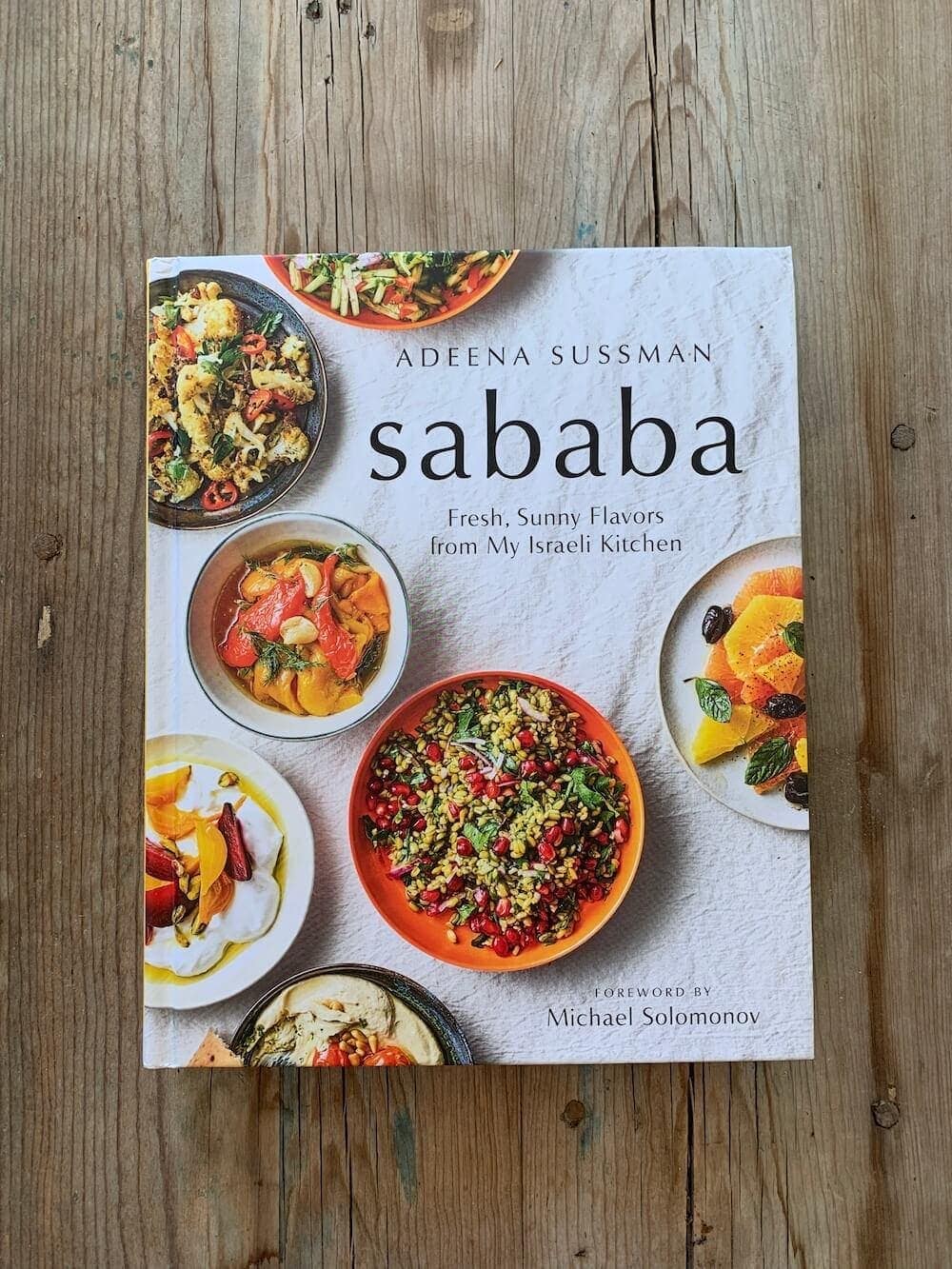 Have you seen Adeena Sussman’s latest cookbook, Sababa? It’s been a long time since I’ve reviewed a cookbook here. That’s because it’s been quite a while since I’ve fallen so in love with a cookbook that I felt compelled to share it with you. Sababa is that cookbook! It’s perfect for year round cooking, but its festive recipes are especially suited to the Jewish High Holidays.

Whether you’re looking for unique Middle Eastern spice blends, simple yet stunning vegetable recipes, or innovative entrees, Sababa is for you. With zesty, bright flavors featured in recipes ranging from Za’atar, to Tahini Glazed Carrots, to Sumac Grilled Chicken, there’s something for everyone in this ravishing cookbook.

I first read about Sababa in the New York Times. Soon enough, Adeena Sussman’s Tahini Glazed Carrots recipe was turning up everywhere. I grabbed myself a copy, and haven’t looked back since. Sababa is a love letter to the melting pot that is Israeli cooking. And don’t even get me started on the photos –they are amazing! Sussman is a lover of the Middle Eastern shuk, or marketplace, and the book offers vibrant photos of the Tel Avivi shuk. Those photos brought back so many memories for me.

Sababa Cookbook & My Time in Israel

I don’t recall if I’ve written about it here before, but I lived in Israel when I was in my early twenties. I was attending Columbia College in New York City and took a semester abroad, studying Middle Eastern history and Hebrew in Jerusalem. I went to Hebrew University and when school was out during the summer I was a cocktail waitress at a bar in Jerusalem. One of my favorite parts of living in Israel was going to the shuk, or marketplace. Fruits, vegetables, spices, meats, and baked goods spilled out of every nook and cranny. Walking through the shuk gave me ample opportunity to practice Hebrew. I learned more of the language there, bargaining with the purveyors, than I did in my school program.

This might be the first time I’ve featured a cookbook here that isn’t gluten-free. That’s because the book is worth every penny whether you’re gluten-free or not! And don’t worry, if you have celiac disease, there are plenty of recipes in this cookbook that are naturally gluten-free. In terms of the recipes that do contain gluten? I’ll be transforming some of those into gluten-free, grain-free versions for you in the next few weeks. Za’atar Crackers anyone? Coming soon!