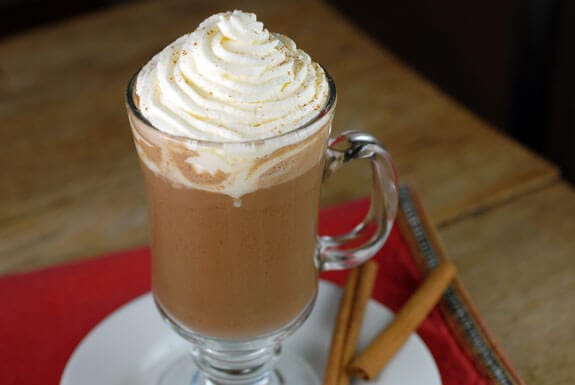 We had a huge snowstorm here last night and I made my family a batch of this warming Mexican Hot Chocolate.  A hot drink is perfect for a cold day, and it’s even better when warming spices such as cinnamon, chili and cayenne are added.

There is a ton of cinnamon in this recipe, so if you’re not a cinnamon fan, you might want to reduce the amount from 1 tablespoon to 1 teaspoon.  Why do I use so much cinnamon?  Well, first, I just love the taste of the stuff.  Second, many studies have been done of late pointing to cinnamon as a spice that may help to control blood sugar levels.  Pretty neat stuff, huh?

.  I really appreciate the kind words in each of these reviews and the astute observations that Shirley and Kim provide about using almond flour and my recipes.