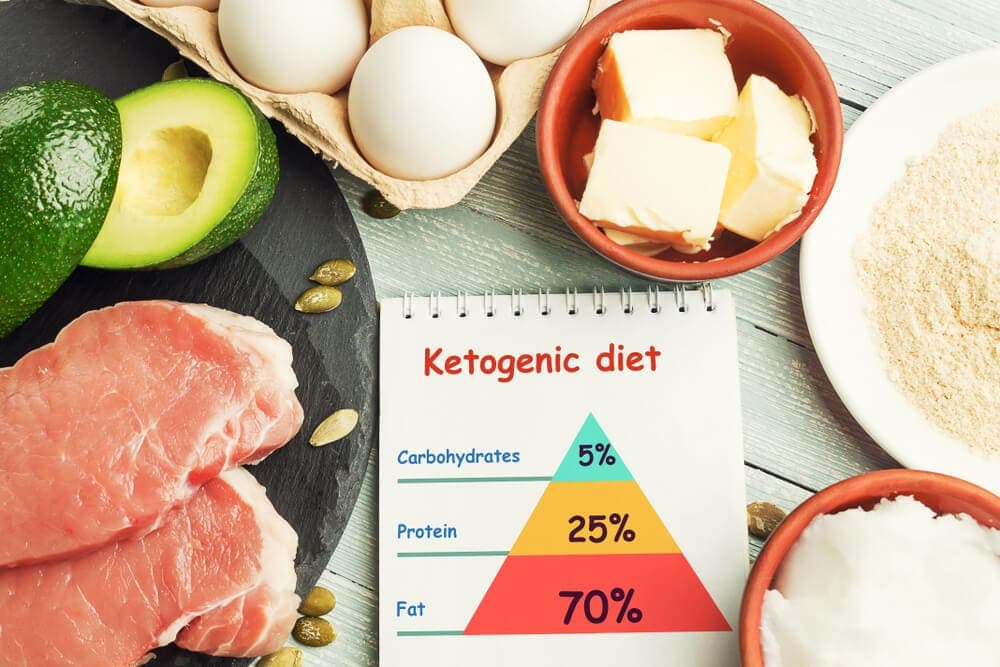 There are so many misconceptions about the Keto Diet, that’s why I’ve interviewed a worldwide top Keto Diet expert. Some folks think this is a high protein diet, others believe it’s a sugar-free diet. Still others believe it’s about eating protein and vegetables, which is partly true, but it’s so much more than that.

I’ve interviewed top Keto Diet expert Beth Zupec-Kania, RDN to clear up many misconceptions about this diet and provide accurate information. After working with hundreds of children on ketogenic therapy, Zupec-Kania joined the Charlie Foundation for Ketogenic Therapies to help get the word out about this amazing therapy. She’s also been instrumental in the creation of keto diet guidelines for when and how to prescribe the diet. Below is my interview with Zupec-Kania.

There are three major nutrients (called macronutrients) used to define ketogenic diets; fat, protein and carbohydrate. Ketogenic diets are highest in fat, moderate in protein and lowest in carbohydrate. There isn’t just one ketogenic diet; there are several variations ranging from the strict “Classic” ketogenic which requires weighing food on a scale and strict meal plans to a flexible ketogenic diet that allows you to track macronutrients throughout your day. These different diets allow people to choose which therapy they can most easily manage. Some people like to start out with a flexible diet then after they see some benefit, they become stricter. Others start out strict then become more flexible.

Where is Sugar Hidden?

There are many forms of sugar that are added to food as sweeteners. White sugar is the most common, but corn syrup, honey, maple syrup, coconut sugar, and maltodextrin are others. In my personal ketogenic diet, the only source of added sugar that I have on occasion is in a piece of a 90% chocolate bar which has less than 3gm of sugar in a serving. This is something that I budget for in my goal of 30gm of carbohydrate daily.

When was the Keto Diet Created?

Dr. Russell Wilder at the Mayo Clinic published an article on the Classic Ketogenic Diet in 1921 for treating epilepsy during a time when there were only a few medications available. The diet was broadly used for both children and adults over the next few decades. After the discovery of new medications for epilepsy, the diet fell to disuse.

When Did You Join the Charlie Foundation?

After working with several hundred children on ketogenic therapy, I joined the Charlie Foundation as a consultant in 2006 to help get the word out about this amazing therapy.

Can the Keto Diet Cure Epilepsy?

Over 50% of the children with seizure disorders (epilepsy) that I worked with achieved significant seizure control, and, most were able to reduce or eliminate their medication(s). Together with the Charlie Foundation we educate the public and health professionals and dispel myths about the diet.

How Have You Lead the Keto Diet Revolution?

We commissioned a group of doctors and nutritionists to collaborate on guidelines for prescribing ketogenic diets. I’ve trained in person over 270 medical centers globally and written guides for both professionals and users of the diet.

Can Keto Diet Help with Diabetes, Autism and Migraines?

People who have epilepsy can have other conditions such as autism, diabetes, obesity, migraine headaches and cancer. The symptoms of these disorders generally improve on ketogenic diets in addition to improving their epilepsy. These improvements have prompted scientists to look at the diet for many neurological disorders, endocrine disorders, certain cancers and autoimmune conditions.

What is the Charlie Foundation?

In 1993, Jim and Nancy Abrahams’ one-year old son Charlie was suffering multiple daily seizures and having side effects of multiple drugs and a failed brain surgery. He started the ketogenic diet and was drug and seizure free within a month. He was on the diet for five years and was cured. Charlie has never had another seizure and is now a 27-year-old pre-school teacher who eats whatever he wants. This story offers hope to many people who have followed the standard of care for the treatment of epilepsy and have not improved. In addition, our mission includes educating the public about the latest research on other conditions that can benefit.

Meryl Streep and the Keto Diet?!

The Foundation has shared the story of their son Charlie in countless media outlets. Charlie’s father, Jim Abrahams, wrote, directed and produced a film called “First do no Harm” staring Meryl Streep (1997). Many people even today learn about ketogenic diet therapy for epilepsy through this film.

How Widespread is the Keto Diet Now?

When Charlie started the ketogenic diet, he was one of perhaps a dozen people in the world using the diet for any purpose. Today there are 250 ketogenic diet centers globally and tens of thousands of keto patients who are living with fewer or no seizures and fewer or no drugs. We have media to support diet therapy for professionals and for the end user. We offer a vast YouTube library with information from many of the world’s top keto clinicians, nutritionists and scientists.

What is the Keto Diet Calculator?

We also have an online Ketodietcalculator program with over fifty thousand subscribers.  In addition, we have a directory of global centers that offer the diet, and a phenomenal recipe link. We also provide our vetted list of independent ketogenic diet nutritionists who are available for consultation on a private individual basis.  We organize, support, and speak at conferences around the world to share our resources and to promote the latest in ketogenic research.

For more information on the Keto Diet checkout these helpful articles: