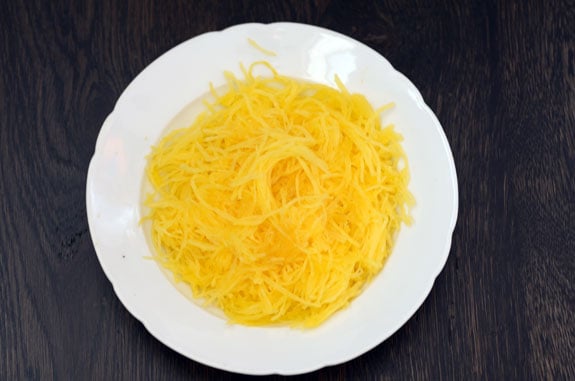 How to Cook Spaghetti Squash

Spaghetti squash is an oval-shaped, hard winter squash. When cooked the flesh turns into spaghetti-like strands that make a wonderful paleo substitute for pasta. The catch? Once you bring that golden gourd home, you're left wondering how to cook spaghetti squash. Thankfully, it's easy.

How to Cook Spaghetti Squash Safely and Easily

Cooking a whole, uncut spaghetti squash in the oven avoids the process of wielding a huge knife and stabbing at a giant hard squash. After it's cooked, you can cut through the tender flesh easily and safely. The other benefit of this cooking method? When the flesh is sealed inside the squash it retains flavor and moisture. Looking for healthy paleo noodles? Look no further. Your pasta dreams are about to come true! 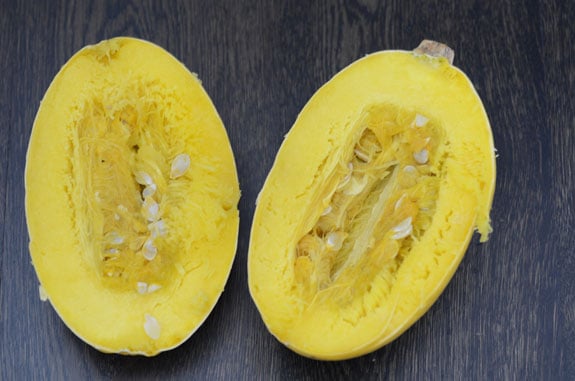 After the spaghetti squash is cooked, allow it to cool and then slice it in half. 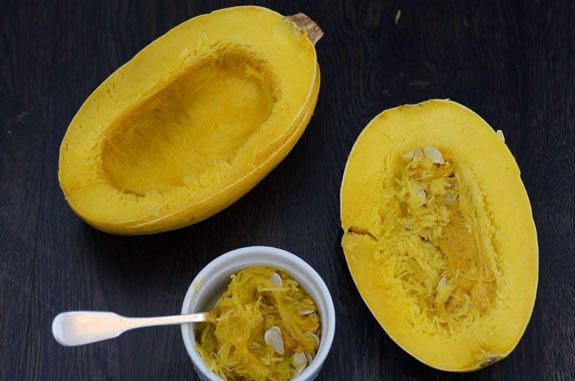 Scoop the seeds out of the spaghetti squash.

After the seeds are out, scoop the spaghetti squash noodles into a dish.

Low-Carb Noodles for the Keto Diet

I make spaghetti squash noodles for myself whenever the rest of the family is eating packaged gluten-free noodles. If you like healthy spaghetti squash noodles, you'll love my post called, Paleo Pasta: Healthy Low-Carb Swaps for Noodles, which features other healthy vegetable noodles along with their carb counts. Vegetable noodles are wonderful pasta substitute for those following a Ketogenic Diet.

I often serve spaghetti squash with coconut oil and cinnamon, or with Bolognese. I also have a fabulous recipe in my latest book Paleo Cooking from Elana’s Pantry for a Paleo Pad Thai that uses spaghetti squash noodles! And you'll definitely want to try my low-carb, keto Mac n Cheese Skillet Casserole recipe, made from spaghetti squash!

Share this recipe —
Nutrition
There is no Nutrition Label for this recipe yet.
previous
Pumpkin Bread Pudding
November 6, 2013
12
More Posts
next
Paleo Chocolate Lover’s Cookbook
November 4, 2013
15
Previous Next

98 responses to “How to Cook Spaghetti Squash”