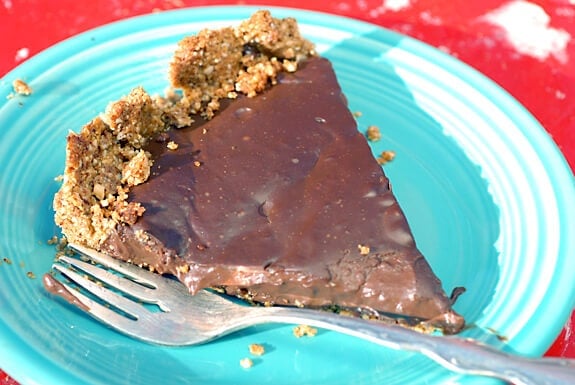 How low can you go?!  This gluten free chocolate peanut butter tart is sweetened with a delicious alternative sweetener that I have been enjoying of late —yacon syrup.

This lower glycemic sweetener is derived from the yacon plant which is often referred to as “apple of the earth.”  Yacon is high in fructooligosacharides (FOS), a form of fructose that is lower in sugar than others and is in fact, also a pre-biotic.  This sweetener feeds the friendly bacteria in the colon and can also aid in digestion. You can read more about Yacon Syrup on my Ingredients page.

Of course, as we all know, the best sweetener is no sweetener at all.  I believe that humans were not made to digest large quantities of sugars.  Fruit is available in most climates a couple of months of the year, if that.  And then there is my family.  They like their sweets regardless of the season.

Thankfully, I found this dessert on a fabulous blog that I follow called healthyindulgences.com.  While I don’t utilize some of the ingredients that the lovely Lauren uses on her site, I do admire her low-sugar gluten-free recipes and think this one is a total winner.  After all, who doesn’t want a little peanut butter with their chocolate? 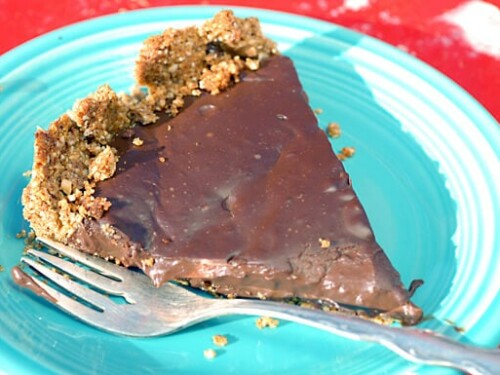 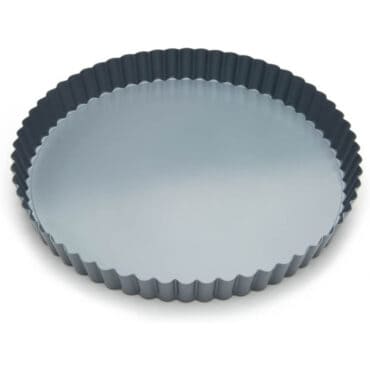 Prevent your screen from going dark
Tried this recipe?Mention @elanaspantry or tag #elanaspantry!

I haven’t tried to use yacon and agave interchangeably, so am not sure if that would work in my recipes and others. Whenever I want to see if an ingredient works in a recipe I make sure to test it.

In terms of flavor, I find that yacon is not as sweet as agave and its taste is not as “sharp.”  Its flavor is more mellow and “round.”  On its own, yacon has a flavor similar to that of molasses, however, in the pudding recipe above, the chocolate mostly hides that flavor.  If you try yacon, please stop by and let us know what you think.

And have a great Passover everyone!