Ok, I confess, it took a few batches to get this recipe “just right,” which for me means a couple of things.

First, I had to get these babies to to look decent, edible, desirable even.  Let’s just say my first attempts were rather inept.  I tried to make a rich and gooey sauce with cherries and then dip this cherry goo into melted chocolate.  So Mensa of me –as you can imagine, the result did not look entirely appetizing.  And I think candy should look appetizing.  Very appetizing.

For my second attempt, I dropped globs of cherries and their sauce onto a parchment lined baking dish and then dripped chocolate over them.  I did not exactly achieve a professional outcome utilizing this method.

My later attempts unfolded this afternoon, as my younger son and I had a pre-Valentine’s day candy making extravaganza.  While my older son lay on the couch reading Diary of a Wimpy Kid

, my little guy and I melted chocolate and put it on everything we could think of.  Lots of fun.

In search of perfection, I made another batch of candied cherries and during the process, recalled that I actually own candy making molds.  Happily, I took them down from the far corner cabinet of the kitchen and found the appropriate mold for making chocolate covered cherries.  It looks like this.

When I finished up my fourth batch of cherries and gave my son a taste, he said, “Mom, these taste just like the ones from the store.”  I was happy, though slightly surprised that he had eaten those disgustingly sweet super duper artificial sugar infused chocolate covered store bought cherries. Oh well, what can you do?  At least (according to him) I had achieved parity with “store bought,” which to me means success.

So, on to the recipe.  Beware, these are pretty darn sweet.  If you want to experiment with something more adult-like and less cloying in nature, you could try cutting back on the agave, adding some stevia and maybe some liqueur, or orange (or lemon) zest for extra flavor.

I haven’t tried this myself (as you can see, I was quite busy just figuring out this recipe), so feel free to carry out your own trial and error process.  Just be sure to leave a comment and let us know the results! 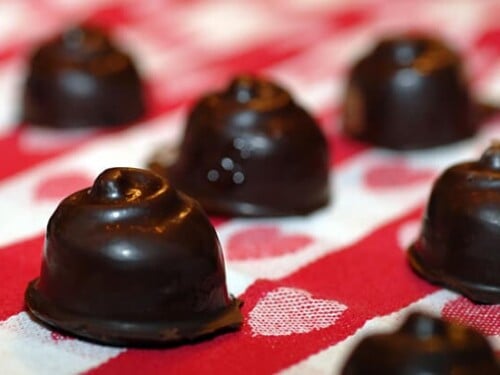 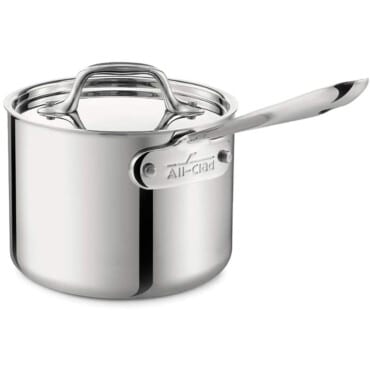 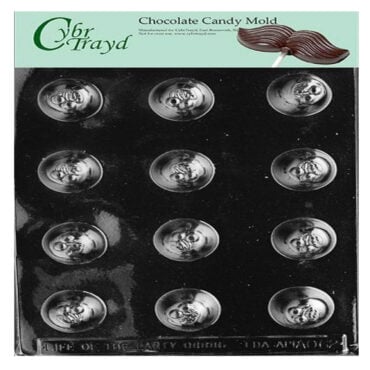 This is a photo of the first scant teaspoon of melted chocolate in the candy mold. 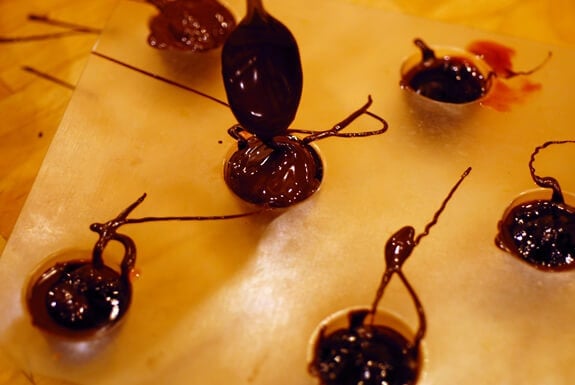 The cherries and their sauce have been spooned into the mold and here I am spooning the second scant teaspoon of melted chocolate over the cherry mixture (while snapping a photo) pretty pro, eh? 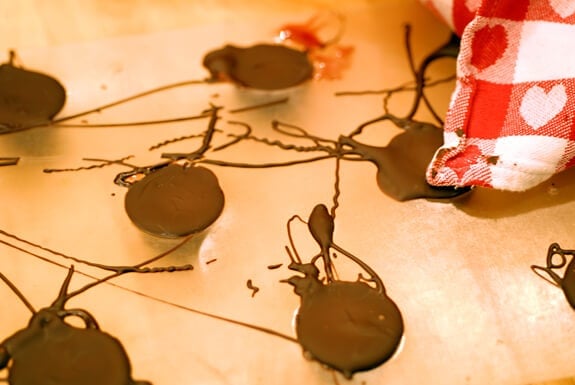 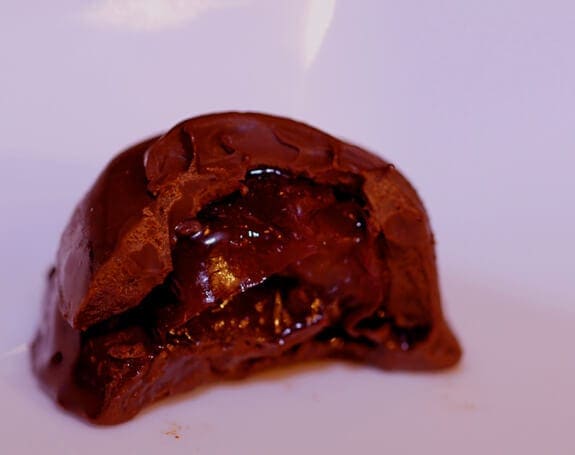 It was well worth the work.  These chocolate covered cherries are delicious.  I plan on making them with milk chocolate or white chocolate for my boys on Valentine’s Day.