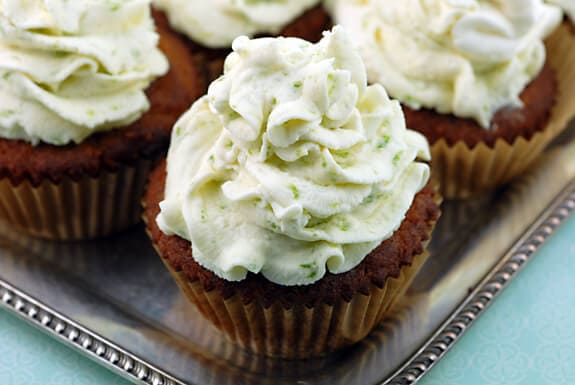 This sweet, rich yet tart and tangy Key Lime Icing is a cinch to make and has great flavor.  I like to pair it with my gluten free Coconut Cupcakes to make Coconut Key Lime Cupcakes.

This icing would also be an excellent on top of my gluten free Vanilla Cupcakes. Enjoy!