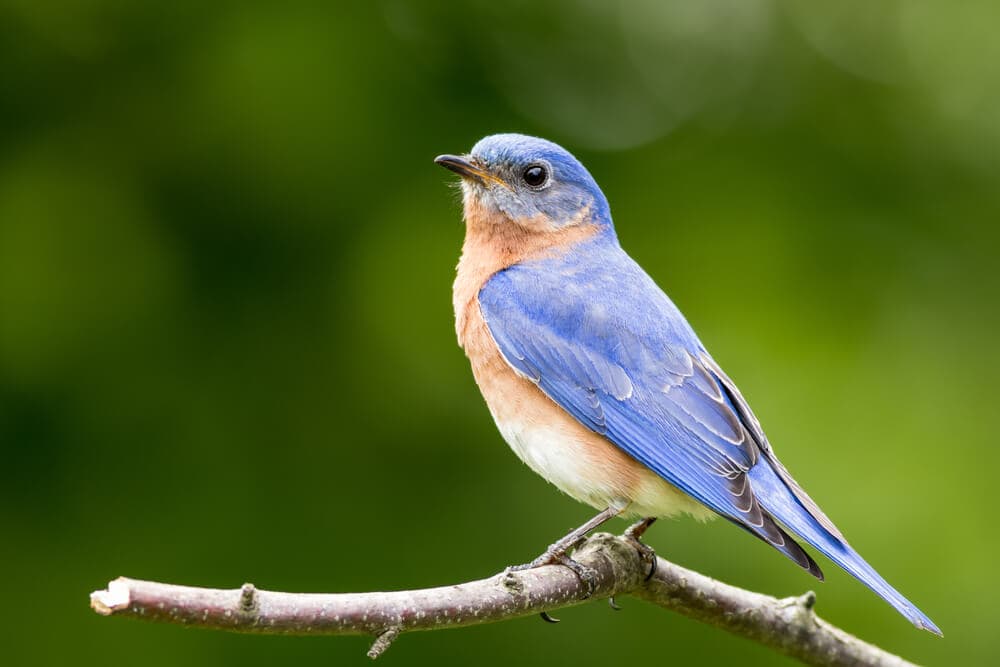 Recently I wrote about the benefits of medical marijuana. In a post called “What is THC-A?” I discussed how to get the anti-inflammatory benefits of cannabis without any psychoactive effects or high whatsoever.

Bluebird: A Story of THC Weed

Now I have something related to share with you. Recently, my mother wrote a short story for Fiction Southeast, reprinted here with permission. It was published around the time I wrote my post on THC-A. The timing was so synchronistic that I had to share this incredible piece of fiction with you.

The bluebird perched on the fence facing the neighbors’ bedroom window. Ann relaxed, drinking her morning tea, watching the bird turn around and stare into her kitchen. Several minutes went by while it gazed at her. She’d never gotten that much attention from a bird before.

Bluebirds hung around her yard in summer, bathing in the sprinklers, looking for worms. She’d never noticed one hang out on that fence before. Nor had she seen one stay still for this long.

When Ann went out to her herb garden, it was already warm. After the winter of drought without a single freeze, the yard was unusually lush and green, especially along the distant back fence. Climate change, she thought.

The long bluebird flew awkwardly in circles, as if it had arthritis. It came close to her as she planted, as if drawn to her new plants. She flicked it away noticing a metallic gleam from its feathers. It dropped shakily and disappeared in the tall weeds at the far back fence.

Ann noticed the bluebird’s return by its wing clicking, just like her left knee. She took care of her stiff knees and fingers by growing plants, fresh garlic, cannabis, ginger root, turmeric and chamomile. Ann no longer needed to rely on the arthritis medications that had wrecked her stomach, made her ears ring, and almost destroyed her kidneys.

The bird was droning, almost a moan. Was it in great pain? Since it was attracted to her new plants that she used for tea, she went into the house and got some she had dried. She dropped them into the bird feeder.

Ann was drinking her afternoon tea when the doorbell rang. Two policemen handed her a warrant to search her property. They asked her to come with them.

Down at the station they put her in a small room with barred windows and left her there. Bewildered, she thought about what she should do. She didn’t know any lawyers. She’d never done anything illegal so she didn’t need a lawyer, which she couldn’t afford. She’d always believed in the law.

Finally a woman walked in. She sweetly asked about Ann’s growing marijuana plants. She looked about fourteen years old and in perfect health.

“It’s for my arthritis.”

“How much do you need for your arthritis?”

“Three plants.” Ann wondered why in the world this kid was questioning her.

The detective countered, “You had over ten-thousand dollars worth in your yard.”

Ann was stunned. It just wasn’t true. Ann had taught third grade for over thirty years. She had asked and answered a lot of questions, but not about criminal behavior.

“We’ll let you off easy if you tell us who you’re working with.”

“I’m not working with anyone. It’s for my own use.”

“So how did all those plants get there?”

The detective played the video the bluebird drone had recorded. Ann watched herself sitting at her kitchen table drinking tea, the scenes of her in her garden, with large luscious marijuana plants along her back fence. She’d never noticed them, never weeded there. But there they were, and the little ones planted today. No wonder they thought she was a dealer. They had her on video planting cannabis.

“I never go back there,” she explained. “You won’t have any pictures of me or anyone near that fence.”

“Who comes into your yard?”

“We’ll need a list of everyone who has been in your garden.”

The detective had Ann look at more videos, and identify everyone approaching her front door. Then she let Ann go.

The sun was setting as Ann walked across town. She wondered how all the plants had gotten along the far back fence. Her back yard neighbor didn’t garden. Then she started recalling all the plant “volunteers” in her garden over the years– her fig tree, the pomegranate, bamboo and the deliciously bitter dandelions that she ate every spring. Marijuana was a weed just like dandelions.

When she got home her house was surrounded by yellow tape. A sign read: Crime Scene: Do not enter or disturb. The door was open. All the kitchen cupboards and every drawer and closet had been emptied onto the table and floor. How would she clean up this mess.

She figured a cup of tea might calm her down, soothe her arthritic knee. Every dried herb had been taken. Outside, all the cannabis bushes were gone. The herb garden was trampled. How could she manage without her plants.

She walked over to the bird feeder, reached up, and took out the marijuana she’d given that drone bluebird. It would make a good cup of tea.

Should Marijuana Be Legal?

I love this story because it’s beautifully written and at the same time outlines the tension our country is going through, legalizing cannabis in some states but not others. If you don’t want to get high but want all the benefits of the whole plant, THC-A is perfect. I could not get THC-A if marijuana wasn’t legal in Colorado. Do you think cannabis should be legal? Leave a comment and let me know!