Home › Wellness › Diet › Will the Healthiest Flour Please Stand Up? 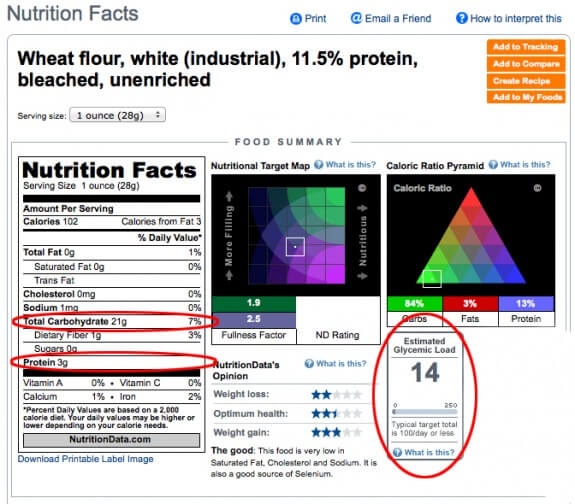 Recently it was brought to my attention that I made a rather large factual error in my post Gluten Free is Not Healthy. You see, in this post I claimed:

Gluten free goods are generally made with ingredients such as rice, corn, potatoes, sorghum, tapioca and millet, which are higher in carbohydrates and lower in protein and other nutrients than wheat flour.

I apologize, as I did make a mistake in claiming that sorghum is not as healthy as wheat flour itself. Sorghum is not higher in carbs and lower in protein as I claimed, as you can see in the tables below.

Those who addressed my mistake, also helped me crystallize my point, which is that grains are not a nutrient dense food when compared to meat, nuts and vegetables. I don’t eat grains. I’ve been entirely grain free since 2001. 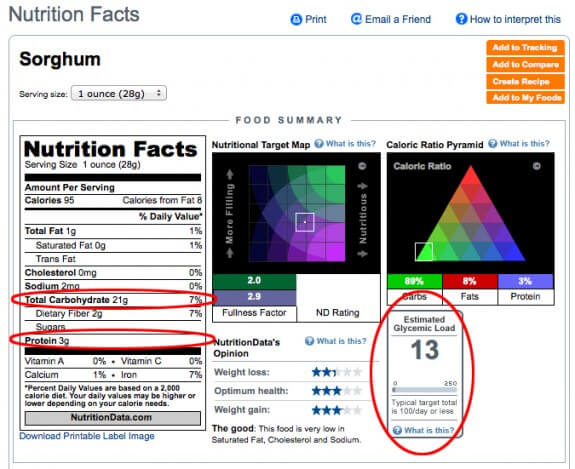 Sorghum flour and wheat flour have a similar protein to carbohydrate ratio of 1:7. Sorghum flour is actually the winner when it comes to glycemic load.

However, take a peek at the table below. As you can see, almonds have a protein to carbohydrate ratio of 1:1 and a glycemic load of 0. Far superior to both wheat and sorghum.

There are many ways to look at nutrients. Addressing nutrition from the perspective of a carbohydrate to protein ratio is merely one very simplistic and myopic way. However, as someone with celiac, this type of analysis is critical because celiac and diabetes ride on the same gene. For this reason, I make a point of controlling my carbohydrate intake and making sure that any carbs I eat are slowed down by either protein or good fats. 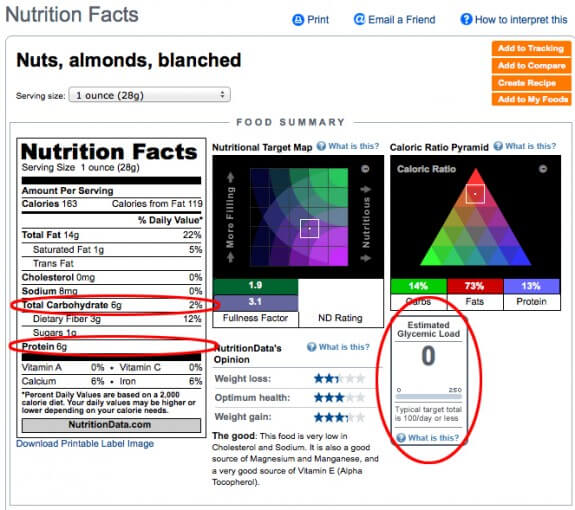 To make things even more complex, let’s consider the protein to carbohydrate ratio of broccoli. It is 1:2, not as good as almond flour, yet far better than grains. However, I’ll take my broccoli over almonds any day. And then there are folks who can’t eat raw broccoli because of thyroid issues. But that’s a topic for another post entirely. I think you get the idea. Nutrition is complex.

My point? I wrote the post Gluten Free is Not Healthy to illustrate that fads can’t automatically make certain unhealthy foods healthy again, and that junk food is still junk even if it’s gluten free. I stand by that idea.

Finally, I want to thank you for your delightful comments, whether they agreed with my point or took it to task.

I am grateful for the respectful tone in which so many criticisms were made. The point of this blog is to provide information and conduct a positive and lively dialogue –that is the type of discusion that I will continue to encourage, and with which I will continue to directly engage on both Twitter and Facebook.