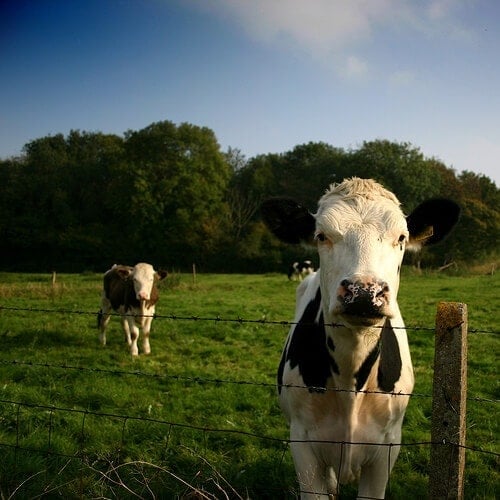 Creekstone Farms wants to protect your health. The USDA, however, is against this.

This premium producer of high quality beef sued the USDA for denying it permission to test their cattle for mad cow disease, also known as bovine spongiform encephalopathy (bse). Creekstone Farms has their own slaughterhouse and processing facility. They do not use hormones or antibiotics and feed their herds pesticide free grains. They want to take their high standards one step further and test their herds for bse.

An additional driver of their decision to (try to) begin testing for mad cow disease: the company wishes to begin exporting their product to the lucrative Japanese market. To export to Japan Creekstone must test for bse. Japan does not allow meat into the country that has not been tested.

Ok, let me see if I have this right. In Japan you can’t eat a steak that hasn’t been tested for mad cow disease. However, in the United States, a government agency that allegedly protects consumers, has denied you the right to know if it is safe to eat the steak on the plate in front of you.

In March 2007 a federal judge ruled in favor of Creekstone, giving them the right to test their cattle, effective June of the same year. In a stonewalling maneuver directed by the Bush administration, the USDA has appealed the ruling, effectively delaying implementation of testing until the court challenge has played out. Thus another chance for us to see the true colors of Bush II –wealth over health.