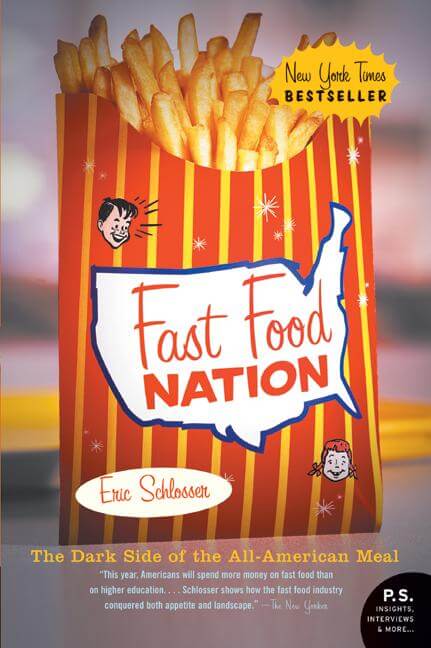 Eric Schlosser examines the birth of fast food culture in this captivating survey of postwar America.

Fast Food Nation reveals the impacts of this industry on our country, taking a hard look at how fast food has lead to the homogenization of our society, hastened the “malling” of our landscapes and lead to the systemic exploitation of the teenage workforce.

Schlosser reveals frightening information regarding the unsanitary conditions of fast food production. He also uncovers the industry’s efforts to entice the youngest consumers, our children, in his dissection of the unholy alliance between the fast food industry and Hollywood.

Finally, Schlosser investigates the symbiotic relationship between American cultural imperialism and fast food and turns an eye toward globalization –a phenomenon launched by fast food.