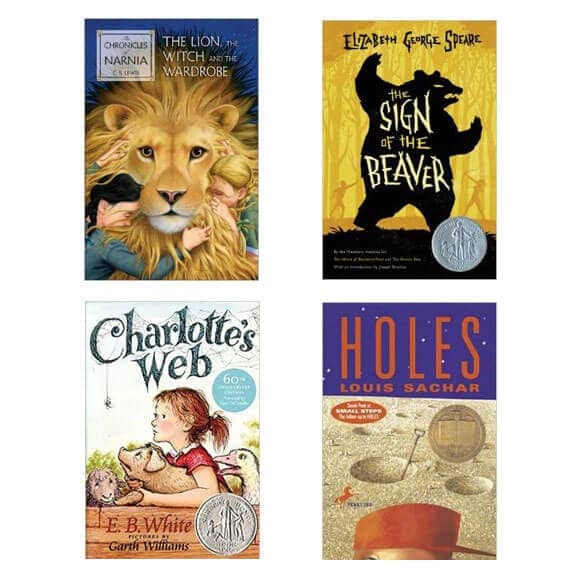 Below is a list of what I think are the 10 Best Children’s Books. Books don’t ever go out of style, they make fantastic gifts for the holidays, and great birthday gifts as well! These classic novels will delight children and adults alike. I’ve read each and every one of these books and they are fantastic. Alongside each book is my personal mini-review, and below that a plot summary (usually the book jacket) in quotes from amazon.com. 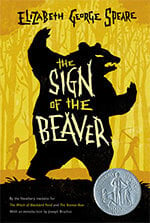 The boys and I love this book. In fact, we’ve read Sign of the Beaver several times. It’s a fantastic coming of age story about a boy who is left alone in the wild. This wonderful tale effectively models separation,  independence, and responsibility for growing youngsters.

“Although he faces responsibility bravely, thirteen-year-old Matt is more than a little apprehensive when his father leaves him alone to guard their new cabin in the wilderness. When a renegade white stranger steals his gun, Matt realizes he has no way to shoot game or to protect himself. When Matt meets Attean, a boy in the Beaver clan, he begins to better understand their way of life and their growing problem in adapting to the white man and the changing frontier. Elizabeth George Speare’s Newbery Honor-winning survival story is filled with wonderful detail about living in the wilderness and the relationships that formed between settlers and natives in the 1700s.” 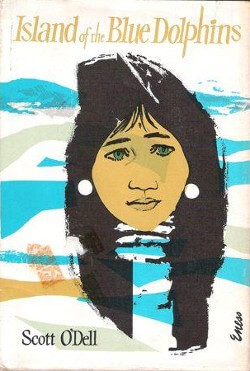 Island of the Blue Dolphins

I first read Island of the Blue Dolphins when I was in fifth grade and it is one of my favorites. I loved reading it to the boys as well. This book is another fantastic coming of age story about independence, self-reliance, and connection. A very worthy read.

“Far off the coast of California looms a harsh rock known as the island of San Nicholas. Dolphins flash in the blue waters around it, sea otter play in the vast kelp beds, and sea elephants loll on the stony beaches.

Here, in the early 1800s, according to history, an Indian girl spent eighteen years alone, and this beautifully written novel is her story. It is a romantic adventure filled with drama and heartache, for not only was mere subsistence on so desolate a spot a near miracle, but Karana had to contend with the ferocious pack of wild dogs that had killed her younger brother, constantly guard against the Aleutian sea otter hunters, and maintain a precarious food supply.

More than this, it is an adventure of the spirit that will haunt the reader long after the book has been put down. Karana’s quiet courage, her Indian self-reliance and acceptance of fate, transform what to many would have been a devastating ordeal into an uplifting experience. From loneliness and terror come strength and serenity in this Newbery Medal-winning classic.” 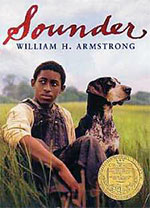 I read Sounder when I was a girl and cried my eyes out during this extremely moving book. I think I may have shed more tears the second time I read it (to the boys). This story is optimal for children in 4th grade and beyond, given its serious (and tragic) content. It is a tale of love, family, connection, sacrifice, and the cruelty of the world.

“Set in the Deep South, this Newberry Medal-winning novel tells the story of the great coon dog, Sounder, and the poor sharecroppers who own him. During the difficult years of the nineteenth century South, an African-American boy and his poor family rarely have enough to eat. Each night, the boy’s father takes their dog, Sounder, out to look for food and the man grows more desperate by the day.

When food suddenly appears on the table one morning, it seems like a blessing. But the sheriff and his deputies are not far behind. The ever-loyal Sounder remains determined to help the family he loves as hard times bear down on them.

This classic novel shows the courage, love, and faith that bind an African-American family together despite the racism and inhumanity they face. Readers who enjoy timeless dog stories such as Old Yeller and Where the Red Fern Grows will find much to love in Sounder.” 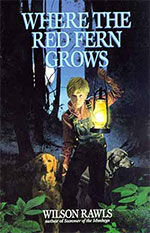 Where the Red Fern Grows

This book is another incredibly moving tear jerker. An adventure story of love, sacrifice, courage, loyalty, and dedication. I cried when I read Where the Red Fern Grows as a child, and again when I read it to the boys. They loved it too. 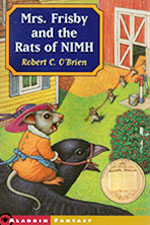 Mrs. Frisby and the Rats of NIMH

I remember my 4th grade teacher, Mr O, reading a chapter of this book to the class everyday after lunch. I could not get enough of it! I read the book again to myself a couple of years later, and loved reading it to the boys. Mrs. Frisby and the Rats of NIMH is a tale of survival, nature, special powers, and community.

“Mrs. Frisby, a widowed mouse with four small children, is faced with a terrible problem. She must move her family to their summer quarters immediately, or face almost certain death. But her youngest son, Timothy, lies ill with pneumonia and must not be moved. Fortunately, she encounters the rats of NIMH, an extraordinary breed of highly intelligent creatures, who come up with a brilliant solution to her dilemma. And Mrs. Frisby in turn renders them a great service.” 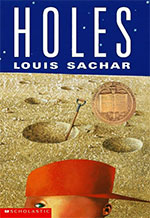 Written in 2000, Holes is a newer book, one that the boys introduced to me. We’ve read it many times and it is a fantastic story which demonstrates leadership, strength, dedication, and perseverance.

“Stanley Yelnats is under a curse. A curse that began with his no-good-dirty-rotten-pig-stealing-great-great-grandfather and has since followed generations of Yelnatses. Now Stanley has been unjustly sent to a boys’ detention center, Camp Green Lake, where the boys build character by spending all day, every day digging holes exactly five feet wide and five feet deep. There is no lake at Camp Green Lake. But there are an awful lot of holes. It doesn’t take long for Stanley to realize there’s more than character improvement going on at Camp Green Lake. The boys are digging holes because the warden is looking for something. But what could be buried under a dried-up lake? Stanley tries to dig up the truth in this inventive and darkly humorous tale of crime and punishment—and redemption.” 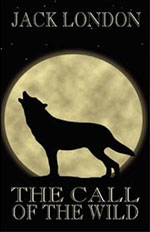 The Call of the Wild

My father bought me this classic book by when I was in 4th grade, the age at which I began to read voraciously. I read Call of the Wild to my children when they were in elementary school. I don’t think it was their favorite, but it will always be one of mine!

“The Call of the Wild, written in 1903, brought Jack London to the world’s attention. It is the story of Buck, part St. Bernard and part Scotch shepherd dog, who shows the strengths of both breeds when he is stolen and sold off as a sled dog in the Yukon during the gold rush. A heartfelt story that appeals to both children and adults, “The Call of the Wild” is a timeless classic.” 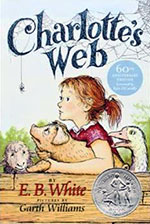 My parents read this book to me, and subsequently I read it to myself. Still later, I enjoyed reading Charlotte’s Web to my children. This inspiring story by the acclaimed E.B. White (one of my literary heroes) is a classic tale of friendship and life.

“Some Pig. Humble. Radiant. These are the words in Charlotte’s Web, high up in Zuckerman’s barn. Charlotte’s spiderweb tells of her feelings for a little pig named Wilbur, who simply wants a friend. They also express the love of a girl named Fern, who saved Wilbur’s life when he was born the runt of his litter.

The book contains illustrations by Garth Williams, the acclaimed illustrator of E.B. White’s Stuart Little and Laura Ingalls Wilder’s Little House series, among many other books.” 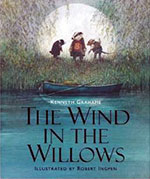 The Wind in the Willows

Believe it or not, I had not ever heard of this book during my childhood. My husband is a huge fan of the Grateful Dead, and when we listened to their song, The Wind in the Willows, with our children and they asked us the meaning of the words, we somehow surmised that it was based on a book. We bought that book and read it to the boys over and over. It was, and still is, one of their favorites!

“For more than a century, The Wind in the Willows and its endearing protagonists–Mole, Mr. Toad, Badger, and Ratty–have enchanted children of all ages. Whether the four friends are setting forth on an exciting adventure, engaging in a comic caper, or simply relaxing by the River Thames, their stories are among the most charming in all English literature. This keepsake edition of Kenneth Grahame’s beloved novel features gorgeous art throughout, making it a must-have for every child’s library.” 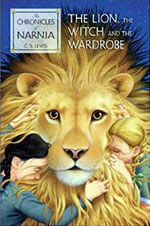 The Lion, the Witch and the Wardrobe

Oh my goodness! I get excited just thinking about The Lion, the Witch and the Wardrobe. This fantasy adventure novel is full of magic so creative that it expands the brain and the boundaries of the imagination. This is another book that I read as a child, and then again to my own children. Now that I’m thinking about it, it just might be time to read the Chronicles of Narnia series once again!

“Four adventurous siblings—Peter, Susan, Edmund, and Lucy Pevensie—step through a wardrobe door and into the land of Narnia, a land frozen in eternal winter and enslaved by the power of the White Witch. But when almost all hope is lost, the return of the Great Lion, Aslan, signals a great change . . . and a great sacrifice.”

I’m so happy to share my own 10 Best Children’s Books with you. These books are for elementary school readers on up, so of course some classics for younger children are not listed here. What are the favorite books of your childhood, or of your children? Leave a comment and let me know. I love books, they’re such a big part of my life and I’m curious to get to know you all better by becoming familiar with your favorites too!